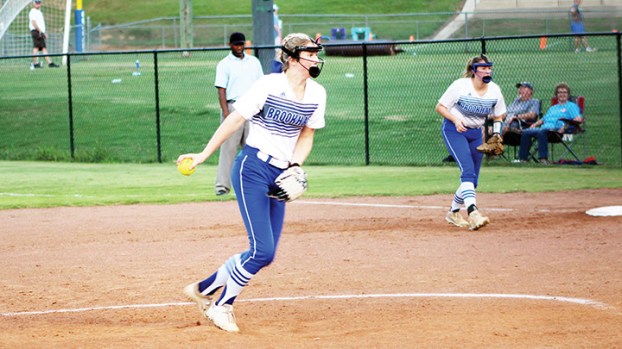 “One team, one dream” has been the rallying cry of the Brookhaven Academy Lady Cougars on their march to the MAIS AA State Championship Series.

After a 9-0 loss to Clinton Christian on Wednesday, the goal is now to focus on winning one game today to keep the series going.

The Lady Cougar host Clinton Saturday at 11 a.m. and must beat the Lady Crusaders to force a game three later in the day.

It’s something BA has done before — beat Clinton twice in one day — as they completed that task on their way to winning the AA South State Tournament.

On Wednesday in Raymond at Hinds Community College the Lady Cougars had no answers for Clinton pitcher Hanna Zeitz. Zeitz pitched a one-hitter with the lone Cougar hit coming off of an Abeni Fuller single in the second inning.

Also compounding the misery for Brookhaven were five errors committed by the Lady Cougars.

Only five of the Clinton runs were earned as starter Madi Smith gave up eight runs (four earned) on five hits in a little over two innings of work. Emily Claire Felder came in as relief and surrendered one earned run while striking out three in three innings of action.

Smith and Felder both picked up wins over Clinton in the South State Tournament. Brookhaven Academy boasts a 37-4-1 record but three of those losses are to Clinton Christian.

“We got a little overwhelmed and caught up in the moment on Wednesday,” said Lady Cougars coach Becky Flowers. “We’ve focused on mental toughness over the last couple days and I think we’ll be more focused and determined on Saturday.”