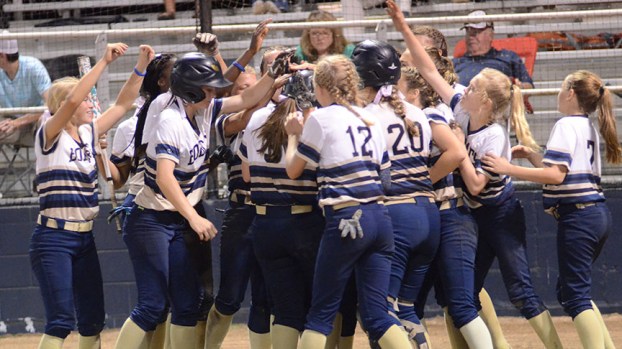 Lady Bobcats knocked out of playoffs

The Bogue Chitto Lady Bobcats fell to the Lake Lady Hornets Tuesday night in MHSAA second round playoff action, as Lake swept the series with 13-9 and 15-11 victories.

Although their season may be over, the Lady Bobcats had a great year, winning the Region 8-Division I slow-pitch championship. Bogue Chitto head coach Kris Smith was proud of how his team left it all on the field, as they played their hearts out in front of their home crowd for the final time.

“Definitely not how we wanted the season to end,” said Smith. “You always want to make it to that final game. You can’t take anything away from Lake. They hit the ball, made the routine plays and kept the pressure on us.”

The Lake Lady Hornets would strike first in game one, scoring three runs off a home run to start the contest.

The Lady Bobcats would get one of those runs back in the bottom of the first as Kylie Chapman drew a two-outs bases-loaded walk.

Lake would add onto their lead in the second, bringing in one run off a fielder’s choice RBI.

The Lady Hornets built onto their lead, batting five runs across the plate in the third.

Bogue Chitto started their first rally in their half of the third, getting two runs in off the bat of Shyann Jackson.

Lake tallied three runs in the fourth off a leadoff home run and a two-run home run to lead 12-4.

The Lady Bobcats rallied once again in the bottom half of the fourth, scoring four runs off the long balls by Baileigh Jackson and Kylie Chapman. They also tacked on one run off a home run by Julianna Bartram in the fifth inning.

The Lady Hornets scored their final run in the sixth off a leadoff home run.

The Lady Bobcats fought all game long to try to tie up the best two-out-of-three series, but came up just a little short.

Lake started their scoring in game two just as they did in game one, as they would put runs on the board first off a one-out home run, then build onto the early lead with a two-run home run and an RBI single.

The Lady Hornets would take a 6-0 lead in the third inning after scoring two runs in the second.

The Lady Bobcats got on the board in the top of the third as Alece Nettles nailed a two-run home run.

Lake would score two runs in their half of the third to take an 8-2 lead into the fourth.

Bogue Chitto rallied in the fourth, getting four runs across the plate. Jackson started the scoring with a two-run home run. Frazier followed with a solo home run. Nettles brought one run in on an RBI single.

The lead wouldn’t hold out, as Lake used the long balls to take over the lead and won game two by a final score of 15-11.

“Overall the season was like a roller coaster,” Smith said. “We had our ups and we had our downs. We had a lot of positives come from it and some things to build for.”

Leake and Jackson are the only two seniors on the Lady Bobcat roster.

The Copiah-Lincoln Community College Wolves are back in Stone Stadium this week as Hinds travels to Wesson for an MACJC... read more