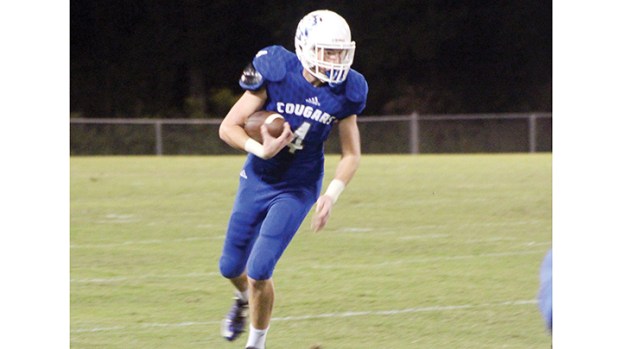 BA going on road to Farmerville

There is one more long road trip Friday night for Brookhaven Academy (5-2), as the Cougars travel to Louisiana to face an opponent for the third and final time in 2018.

The Cougar caravan heads to Farmerville, Louisiana, tonight for a 7 p.m. matchup with the Union Christian Academy Lions (4-4). Including a trip to Montgomery, Alabama for an exhibition game, the Cougars will have traveled nearly 2,000 miles in 2018 when you combine the distance of their regular season away games.

Farmerville sits northwest of Monroe in Union Parish and is located not far from the Arkansas state line. The distance between Brookhaven and the school is 182 miles. The local public school is known as the Fighting Farmers, an awesome nickname that has nothing to do with this game.

The Cougars must slow down the duo of the Evans brothers who make the Lions go. Quarterback Kris Evans is a junior, and senior running back Nick Evans is the bell-cow for the Lion offense. Nick averages more than 14 yards per carry.

Brookhaven Academy is coming off of a 42-16 trouncing of Benton Academy. The Cougars close the regular season next week with a trip to Liberty to take on Amite School Center.