Funeral services for Roy Paul Benoit, of Brookhaven, are Friday, Oct. 19, 2018, at 1 p.m. at Hartman-Jones Funeral Home in McComb with burial at Pike Memorial Gardens.

Mr. Benoit, 84, died Monday, Oct. 15, 2018, at Select Specialty Baptist Hospital in Jackson. He was born Jan. 16, 1934, in Louisiana, to Wallace Benoit and Anita Bourgeois Benoit. He was raised in Thibodaux, Louisiana.  He was of the Catholic faith. He worked in the construction industry as a quality control supervisor.  He had many hobbies, some of which included hunting and gardening.

Survivors are his wife, Bernice Furlow Benoit; four sons and daughters-in-law; Darell Paul Benoit and Shelia,of Covington, Louisiana, Keith Herrington and Mary, of Brookhaven, Dewayne Herrington and Jere, of Senatobia, and Kevin Herrington and Pam, of Brookhaven; three daughters and sons-in-law, Susan Benoit McBeth and Mike, of Diamondhead, Cindy Benoit Landry and Brent, of Marrero, Louisiana and Donna Benoit Smith and Jim, of Kiln, sister, Agnes Benoit Breaux, of Shriever, Louisiana; sisters-in-law, Aline Allen, of Brookhaven and Margie Smith, of Wesson; 18 grandchildren; and 15 great-grandchildren; along with numerous nieces, nephews, relatives and a host of friends. 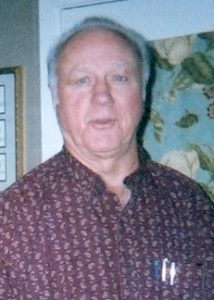