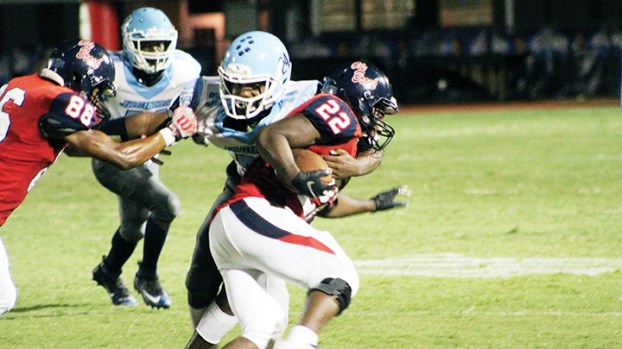 Panther Park and King Field should be filled to the brim Friday night, as the Brookhaven High Panthers (5-3) welcome back their alumni for homecoming.

The game features a matchup with the Wingfield Falcons (0-9) and will be preceded by the presentation of the homecoming court and crowning of the queen at 6:30 p.m.

Wingfield is led by Joel Sinclair, who led the team to a 2-9 record in 2017 and a 7-5 record in 2016. The closest the Falcons have come to victory this season was a 14-0 loss to the Lanier Bulldogs. Last season, Brookhaven beat the Falcons 48-12 in Jackson.

The Falcons were the subject of social media posts when they lost to North Pike 60-18 on Sept. 28 in Summit. A North Pike fan shared a picture of empty bleachers behind the Wingfield bench and comments on how there were no cheerleaders, band or fans in attendance to support the Falcons.

The original post from the game has been shared more than 900 times, with some commenters pledging to come support the Falcons when they play at Brookhaven Friday night.

Brookhaven sits at 2-2 in Region 3-5A after the loss last week to Natchez. They’ll travel to Ellisville for a game against South Jones next week before ending the regular season in two weeks with a home matchup against West Jones.

Kickoff between the Panthers and Falcons is scheduled for 7 p.m.

The Brookhaven Academy Cougars (6-2) conclude their regular season Friday night when they travel to Liberty to take on the... read more