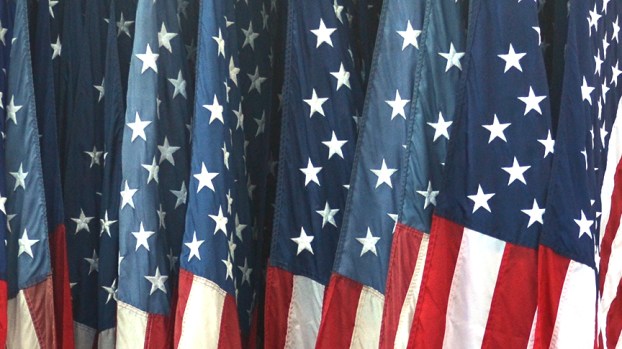 Veterans to be honored at several events this week

Several schools will pay tribute to area veterans this week, starting with a program today at Brookhaven Academy and ending with a dinner at Lincoln Civic Center Friday evening.

Col. Sean A. Klahn, deputy commander of the 66th Troop Command of the Mississippi Army National Guard, will be the speaker at Brookhaven Academy at a program set for 10 a.m. today at John R. Gray Gymnasium.

“Col. Klahn is a Special Forces officer and has earned 27 major awards, decorations and badges in his career,” said BA spokesman Brian Emory.

A reception will follow the event, which is open to the public.

Loyd Star Attendance Center will honor veterans at a program held at the school at 9:15 a.m. Lunch will be provided for the veterans and their guests, said Principal Robin Case.

A musical selection will be presented by the various choirs and the Loyd Star Hornet Band.

Several events are planned for Friday.

West Lincoln and Bogue Chitto attendance centers will present programs at 9 a.m. in both communities.

West Lincoln students invite all veterans and military personnel to a program in their honor to be held at their school.

The Bogue Chitto student council’s program will be held in the gym. A complimentary breakfast will be provided for veterans and their guests after the program.

Veterans with children or grandchildren in kindergarten through sixth-grade will be allowed to invite them to the program and breakfast.

The Lincoln County Veterans Day Celebration will begin with dinner at 5:30 p.m. for veterans and their families, followed by a program at 6 p.m. The public is invited to the program.

Organizers of the annual event are asking those attending to wear red in honor of veterans currently on deployments.

About 3,500 Mississippi National Guard Soldiers of the 155th Armored Brigade Combat Team — including troops from Monticello and Brookhaven units — are serving in Kuwait in support of Operation Spartan Shield.

A special recognition will be given to the late James White, a Brookhaven police officer who died Sept. 29 in the line of duty. White honorably served his country in the Army National Guard in Operation Enduring Freedom.

PFC Brandon Graves, a former member of the 155th, will sing the national anthem and the children’s choir from Heritage Family Church will sing songs honoring each branch of the service.

Voters in the District 14 Circuit Court Tuesday kept both judges in office for another four years. Post 2 Circuit... read more