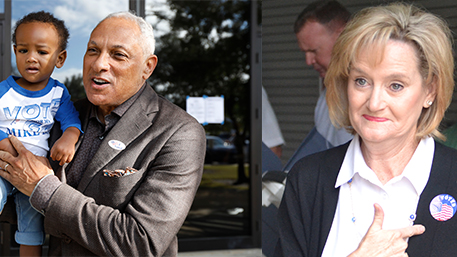 U.S. Senate candidate Mike Espy has accepted an invitation to debate incumbent Cindy Hyde-Smith in a public forum on Nov. 20.

Espy, a Democrat and former U.S. agriculture secretary, accepted the invitation from Mississippi Farm Bureau late Monday to debate against Hyde-Smith, a Republican from Brookhaven who was appointed to the Senate earlier this year. The debate will be held the Tuesday prior to the Nov. 27 runoff.

Hyde-Smith accepted Farm Bureau’s debate invitation Nov. 8 — the organization’s federation has previously named her its ambassador of the year and given her its distinguished service award, its highest honor. Espy held out for the possibility of other forums.

His acceptance of the invitation Monday comes after 48 hours of controversy over remarks Hyde-Smith made during a Nov. 2 campaign stop in Tupelo in which she joked about a “public hanging.” Hyde-Smith released a statement saying her remark was a term of regard for a friend and that attempts to give it negative connotations were “ridiculous.” Espy’s campaign said her remarks were “reprehensible.”

The state crime lab is blaming the Lincoln County coroner for delays on an autopsy report in a year-old murder... read more