County supervisors have switched horses in their pending legal battle with the state auditor and are now represented by one of Mississippi’s most well-known Republicans.

Attorney, author and political operative Andy Taggart met with the Lincoln County Board of Supervisors in a half-hour executive session Monday to discuss the board’s ongoing dispute with Mississippi State Auditor Shad White, who has demanded supervisors personally reimburse Lincoln County around $1.6 million for improper insurance benefits payments made on behalf of county employees. Supervisors hired Taggart on Nov. 5 after an executive session in which they were forced to drop Butler Snow due to a conflict of interest between the firm and the county’s insurance company.

“Butler Snow gave Mr. Taggart all the materials they had and he just picked it up from there,” said board attorney Bob Allen.

The state auditor is requiring supervisors to personally repay the county for making insurance premium payments for county employees’ dependents in fiscal years 2015 through 2018. The law says county employees who desire dependent coverage must request it in writing, and that “the entire cost of such additional coverage for dependents shall be paid by the employee.”

Supervisors are trying to negotiate a settlement with the auditor that would clear the five elected officials from being liable for around $320,000 each.

Lincoln County appears to have begun making the payments in 2000 as a means of offsetting the traditionally low pay county employees receive. Supervisors are arguing the auditor’s finding against them is improper because none of them have personally benefited, no public money was embezzled or misappropriated and the dependent coverage paid for is similar to a raise or other benefit.

Supervisors also say numerous state audits of the county since 2000 have been completed without negative findings.

“We’ve had 17 audits since 2000 — six of which were performed by the state auditor — and no one has ever challenged the practice or called it to the county’s attention,” Allen said in September.

He has served in numerous government capacities and is most known for his involvement in the Republican Party — he served as chief of staff for former Gov. Kirk Fordice and, earlier this year, threatened to run against U.S. Sen. Cindy Hyde-Smith in the November election. He is also a former supervisor for Madison County, having served a single four-year term from 2004-2008.

Taggart is the co-author of two books — “Mississippi Politics: The Struggle for Power, 1976-2008,” and “Mississippi Fried Politics: Tall Tales from the Back Rooms.” Taggart wrote both books with Jere Nash, a Democratic planner with whom he hosted the former “Red Blue Review,” a popular political talk show.

Supervisors have held numerous executive sessions over the past 10 weeks to discuss the confrontation with the state auditor, and while all the talks have been in secret, it appears they are making some progress.

The auditor gave supervisors an initial Sept. 29 deadline to present a plan for reimbursing the county, but that deadline was pushed into November. Now, the negotiations are ongoing without any repayment deadline.

The state auditor first informed supervisors of the finding in a letter in early September, but the auditor’s office says the correspondence is not public record. Allen also declined to provide a copy of the letter, saying it was addressed to his office, not the board, and not a public record.

The Daily Leader has filed a public records request with Lincoln County Chancery Clerk Tillmon Bishop seeking a copy of the letter. 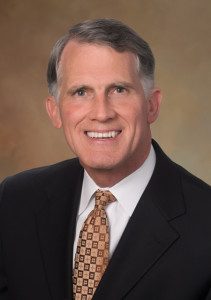 The turkey will have to come from someplace else, but all the greens, cakes, pies, bread and fine fixings for... read more