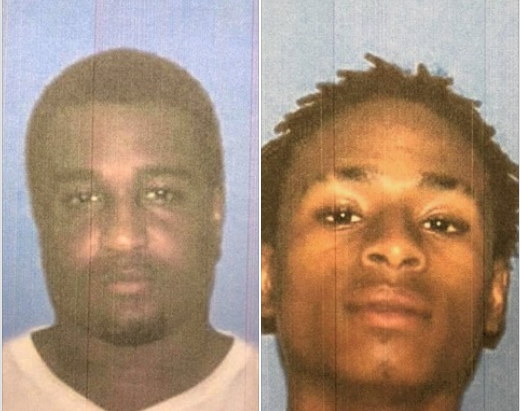 Police searching for two men in connection with shooting, burglary

Brookhaven police are searching for a known felon and his accomplice who are accused of burglarizing a woman’s apartment and later shooting into her vehicle.

Pierre Thomas II, 26, and Jakeish Parker, 22, are wanted in connection with a burglary at the Cedars Apartments on Church Street Sunday morning, said Sgt. Jonathan Alford. The two men are also suspects in a shooting around 9:30 a.m. Sunday involving the woman whose apartment was burglarized. Her car was shot and she was not injured, Alford said.

Alford said the victim told police Parker dropped off Thomas at her apartment and he entered without permission. It appears Parker picked up Thomas later and Thomas took the driver’s seat and “followed the victim around town and shot into her vehicle,” Alford said. The woman’s car was shot on Egypt Circle.

The relationship between Thomas and the victim is not known at this time.

Thomas, of 829 Funches St., was paroled in 2016 following a three-year sentence for possession of more than 30 grams and less than 250 grams of marijuana. In 2017, he turned himself in to Brookhaven police following an armed robbery at State Bank & Trust Co. at 865 East Monticello St. The robbery occurred in August.

Parker, of 324 East Chippewa St., surrendered to police the day of the robbery.

Thomas has not been bound over to a grand jury, Alford said. His connection to the bank robbery is still under investigation and Alford is confident it will be presented to a grand jury soon.

Parker was bound over to a grand jury but he has not been indicted in the case, he said.

Anyone with information about the location of the suspects is asked to call Brookhaven Police Department at 601-833-2424, Lincoln County Sheriff’s Office at 601-833-5251 or CrimeStoppers at 601-823-0150. Tips leading to an arrest may be eligible for a cash reward.

They were different men. One spoke and wrote freely, and often, about his experiences in the Second World War, while... read more