Local law enforcement is asking the public to watch out for a blond-haired, brown-eyed, tattooed man from Pike County who’s been reported missing by his family.

Lincoln County Sheriff Steve Rushing said his deputies are assisting the Pike County Sheriff’s Office in the hunt for 34-year-old Wesley Watts of Jayess, reported missing by his family after he was last seen at the Pricedale One Stop on Hwy. 44 near the Pike-Walthall county line on Nov. 5. Watts is facing a charge of possession of methamphetamine in Lincoln County Circuit Court and a bench warrant for his arrest was issued Oct. 18, but Rushing doesn’t believe he’s trying to skip out on the judge.

“I don’t think that has anything to do with him missing at this point — he’s had some prior charges, but he was still around here and people had contact with him,” the sheriff said. “Now, something obviously isn’t right. We just need to make sure he’s OK.”

Watts is 5-foot-9, around 180 pounds with sandy blond hair and tattoos on both forearms, including a small cross on the back of his right hand. Rushing said Watts has family and friends across Lawrence, Lincoln and Pike counties.

“We’ve been checking some known hangouts, and a few people have called in some addresses, but no luck so far,” Rushing said.

Watts’ information has been posted to the Facebook group “Missing in Mississippi” with a narrative that says he was last seen entering a black Chevrolet pickup truck at the Pricedale store on Nov. 5. 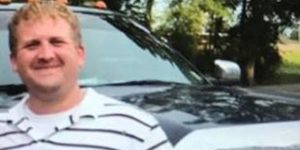