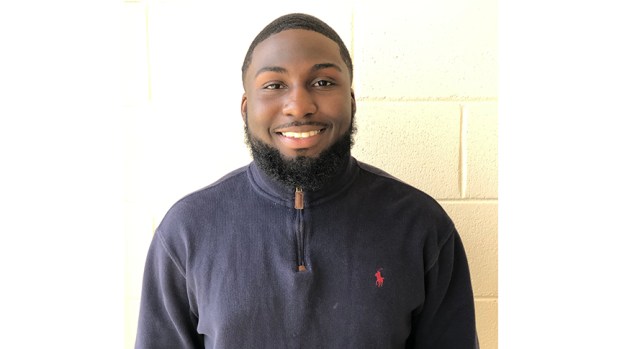 Some call it a nose for the football. Others might call it knack for being in the right place at the right time.

Whatever you call it, Brookhaven High School linebacker Wesley Calcote has it. Calcote was the leading tackler for a 7-6 Brookhaven team and did so after coming back from a season-ending injury as a junior. For his outstanding play, Calcote has been named The Daily Leader All-Area Most Valuable Defensive Player.

The praise that Panther coach Tucker Peavey has for Calcote is of the highest order.

“I think in all my years, he’s the best tackler I’ve ever coached,” said Peavey.

Calcote made 137 tackles, including six for a loss, from his middle linebacker position. He made three sacks, broke up six passes, grabbed two interceptions and caused a fumble. He was selected as a MAC 5A All-State pick.

As a junior, the 5-foot-10, 210-pound Calcote tore knee ligaments in the fourth game of the season. The road back involved endless hours of rehab, but when Calcote returned to the field in 2018 he was full-speed from the start.

Several community colleges — including Hinds, East Central and Northwest — are showing interest in Calcote. He’s verbally committed to Pearl River, but will visit other schools in the coming months.

Peavey has coached Wesley’s two older brothers — Kalen and Chris — who both went on to play the game at the collegiate level. Kalen was The Daily Leader Defensive MVP in 2011. Peavey says whoever gets the younger Calcote is getting an outstanding player and person.

“Wesley knows how to be a leader, with what he says and how he works,” said Peavey. “He really understands what the offense is trying to accomplish and how best to attack it. When he sees his opportunity, he jumps at it.”

He’s a big run in waiting

Lawrence Co. runner Cooper is The Daily Leader All-Area Most Valuable Offensive Player There are a couple of impressive things... read more