Funeral services for William “Bill” Cline Smith are Thursday, Dec. 13, 2018, at 11 a.m. at Natchez Trace Funeral Home in Madison with burial at the Natchez Trace Memorial Park Cemetery with military honors. We ask that in Bill’s memory, wear something blue, as it was his favorite color.

He was big on the military and after high school enlisted in the United States Air Force where he served in the Vietnam War and later retired with the rank of technical sergeant. He loved fishing, boating, reading and being a “World Traveler”, enjoying his time in Jamaica, England, Thailand and many other places. He was a collector of anything musically related to the Beatles but the hobby he enjoyed the most was his passion for cars. He was a member of Mid Mississippi Mustang Club of America and owned many Mustangs throughout his life, restoring many of them himself. His latest toy is a 2010 Challenger with a license plate that reads “Popstoy.” Pops is a nickname given to him by his grandchildren.

He is preceded in death by his parents; and brother, Brian Smith.

In lieu of flowers, memorials in Bill’s name may be made to the University of Mississippi Medical Center, Bone Marrow Transplant Unit. 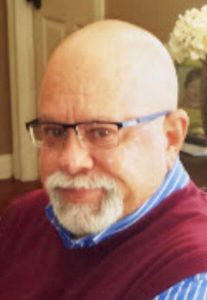