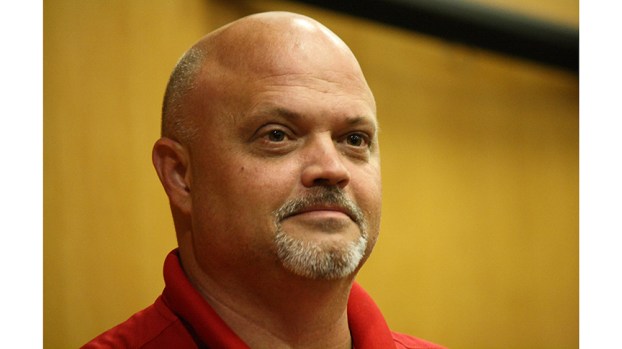 (AP) — A new survey provided to The Associated Press suggests that the number of Mississippi inmates jailed for short periods may be declining, but that those in jail for longer is holding steady.

However, criminal justice experts and even state lawmakers say they need more data to help determine why so many people are in jail, what’s keeping them there, and what Mississippi should do about it.

The survey by the MacArthur Justice Center shows almost half of the more than 5,000 people jailed had a stay of 90 or more consecutive days. More than 600 had been in jail longer than a year, but that number includes an unknown number of people serving sentences in jails and not just awaiting trial.

Long pretrial detentions are particularly prevalent in Mississippi because of impoverished inmates who can’t make bail, delays in appointing public defenders, slow processing of evidence and even infrequent meetings of local courts stemming from the state’s rural nature.

It’s the second such survey in a year by the University of Mississippi branch of Chicago-based MacArthur. Cliff Johnson, a law professor who has led data collection, blames many extended detentions on judges who set bail that poor defendants can’t pay. MacArthur has repeatedly sued cities and counties in Mississippi for jailing poor people who can’t afford to pay bail or fines. He also says prosecutors often drag their feet on indicting jailed suspects and said the state Supreme Court isn’t doing enough to guarantee speedy trials to defendants.

“There is no limit in Mississippi on how long a person can be held prior to indictment, so detainees can wait up to a year or more before even being formally charged with a crime,” Johnson said. “They wait months after that for their trial date.”

The most recent census conducted by the U.S. Bureau of Justice Statistics, in 2013, showed an average pretrial jail stay in Mississippi of 40 days, the sixth-longest in the country. The census also revealed that Mississippi had the second-highest number of local jail inmates per capita, behind Louisiana.

MacArthur’s previous survey in April counted more than 7,000 detainees. There are reasons to believe that jail populations might be falling. The state Supreme Court in July 2017 adopted criminal procedure rules pushing judges to set lower bails or skip money bail altogether. The rules also urged judged to appoint public defenders sooner after someone is arrested. Finally, the rules required that each county sheriff must periodically deliver the names of everyone jailed for more than 90 days to the top local judge. The judge is supposed to review the status of each prisoner.

In some counties, at least, that appears to be driving down the number of people in jail. Lincoln County Sheriff Steve Rushing meets frequently with Circuit Judge Michael Taylor, a prosecutor and a public defender to discuss inmates in the southwest Mississippi county.

“Some of the sheriffs have seen it as an added job, but I see it as a way to get some of these pretrial guys through the system,” said Rushing, also president of the Mississippi Sheriffs Association.

The inquiry requires officials to look at inmates in the period between arrest and indictment, a time that an earlier report labeled a “black hole” because people didn’t get public defenders in many counties until after indictment. Taylor said that’s no longer the case in Lincoln County. He also said prosecutors sometimes drop or reduce charges or bail is reduced.

“The review triggers accountability for everyone,” Taylor said.

But reporting remains so uneven that no one is sure of the statewide picture. A legislative watchdog group, the Joint Legislative Committee on Performance Evaluation and Expenditure Review, issued a report last month saying it couldn’t comply with a state law requiring it to count local inmates and calculate time in jail, among other things.

“The current data on the inmate population fails to provide the details needed to meet the analysis requirements,” wrote the committee, commonly known as PEER.

PEER recommended the state court system mandate better reporting. Mississippi lawmakers could also choose to do so. Florida, where policymakers said they needed better information to make decisions, is rolling out an extensive reporting law.

The Vera Institute, a longtime leader in studying incarceration issues and advocating for fewer people in jail, is launching a three-year pilot project in Mississippi to seek better data. Vera’s Jasmine Heiss said the institute is interested in Mississippi because of its finding that populations continue to rise in rural jails even as they fall in in many big-city jails. She said progress toward a smaller jail population is at risk “if we continue to only look at Chicago, New York and Philadelphia.”

Pantry helps get the needy on their feet

It’s not a big operation, but they’ve got a little something for everybody. If a family in need has small... read more