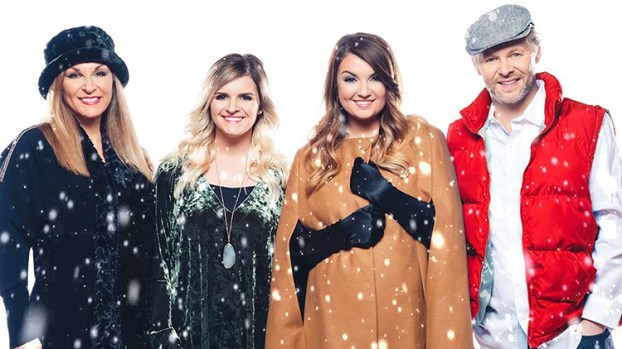 Photo submitted The Nelons, winners of numerous Dove awards, are appearing in a free concert Sunday at 6 p.m. at First Baptist Church Brookhaven. A dessert fellowship will follow.

The Dove award-winning Christian group The Nelons is making a stop in Brookhaven Sunday on a multi-city tour to bring their blend of Americana, folk and gospel to Lincoln County.

They’ll be at First Baptist Church Brookhaven at 6 p.m. for a free concert. A love offering will be received and a dessert fellowship will follow.

Pastor Greg Warnock said the family had a date available following a Tupelo show Saturday and FBC had a stage to welcome them to.

“They appeal to a lot of different generations,” he said. “Their name has been around a long time. Now it’s the third generation of the Nelons that is leading the group.”

The ensemble is led by the multi-award winning vocalist, co-founding member Kelly Nelon Clark and her husband, the singer, songwriter, musician and producer, Jason Clark. Their daughters, Amber and Autumn, complete this musical troupe as they contribute their vocals to this traveling family band’s harmonic sound.

The Nelons’ music is a blend of gospel, a cappella, hymns, Americana and folk.

“I call it more inspirational music,” Warnock said. “If you like rich harmonies. If you like music that touches the heart, is inspiring, then that’s what you would come to for this. It’s uplifting music. It’s inspiring music. And it’s done by very talented people.”

A longtime fan of the group, which is well-known as part of the Gaither Homecoming Concert Series, Warnock enjoys the harmonies the family produces.

“A lot of time you don’t hear harmony in this world. You don’t hear a lot of complex harmony,” he said. “They just have musicianship that we often don’t get to hear.”

The Nelons have received numerous awards, including several Dove awards from the Gospel Music Association. In 2017, “When Grandpa Sang Amazing Grace” won Song of the Year in the category of bluegrass/country/roots.

The Nelons were a GMA Hall of Fame inductee in 2016.

They won a Dove award for Inspirational Album of the Year in 1993 for “Generation 2 Generation” — with Kelly Nelon singing along with 4Him, Larnelle Harris, Billy and Sarah Gaines, Dallas Holm and GLAD — and Southern Gospel Song of the Year in 1992 for “Where Shadows Never Fall,” a duet with Nelon and Glen Campbell.

In 1985, they won a Dove award for Praise and Worship Album of the Year for “The Praise In Us: A Word Family Praise Album.” It featured Steve Archer, Kathy Tricoli, Russ Taff and The Imperials.

Flora Kelly’s wish list for Santa is short. Peanut butter and lots of it. Kelly is the director of the... read more