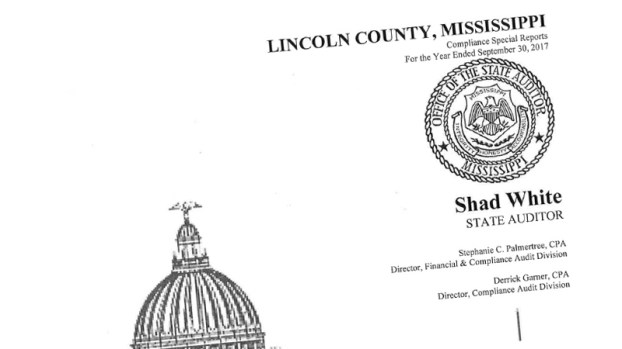 A compliance special report from the Mississippi State Auditor released late Thursday claims the eight employees of the chancery clerk’s office were paid $162,821.52 from county funds instead of by the chancery clerk, as required by state law. It also claims salary and expense payments totaling $53,221.18 that did not clear until 10 weeks after the Fiscal Year 2017 deadline are unallowable for the year. The auditor is requiring Bishop to repay the combined amount plus any salary amounts improperly paid after the end of FY17.

Bishop said the findings were due to errors in bookkeeping, and that no money has been taken from his office. He also said he believes the auditor’s math is incorrect.

“The audit department has not discussed this with me, and it’s not an issue that any money is missing, but where the funds have come from to pay employees,” he said. “There’s no funds missing, and they know that.”

Bishop said auditors took issue with his use of two accounts to pay employees — a “fee” account, and his office budget — and the discrepancy is simply due to a “swapout” of funds from one account to the other. He said he wrote a check back to the county for $82,000 this year when settling out the fee account at the close of the fiscal year, and estimates his office has paid the county around $200,000 over the past four years.

While numerous other findings in the report include the county’s response and guarantees to implement changes, the two major findings against Bishop say “this finding was not presented to the Chancery Clerk for a response due to an ongoing investigation by the Investigations Division of the Office of the State Auditor.” When contacted Thursday evening, Bishop said he was unaware of the findings or the release of the report.

“It is my intention to go and speak to them about it and get this worked out,” he said. “I know this to be incorrect, and I’m very disappointed they haven’t talked to me about it prior to releasing it.”

Bishop said he was unsure why the auditor has opened an investigation into his office.

“They’ve got all the information from me they need. I gave it to them right off the bat,” he said.

Bishop is entering his final year in office after he decided not to seek reelection in 2019. He was first elected in 1999 and took office on Jan. 1, 2000.

The audit report goes on to cite other problems with the chancery clerk’s office.

Investigators said Bishop did not properly report fees for collecting more than $20,000 in delinquent taxes in the City of Brookhaven and should pay nearly $5,000 to the Public Employees’ Retirement System of Mississippi; that he was overpaid $1,040 for attending board meetings where he was not present (the county responded that county administrator David Fields is considered the deputy clerk, but auditors countered Fields has not taken the oath of office and is not bonded as a deputy clerk); that he collected payments for acting as the clerk of the board of supervisors in February and May 2017, when the law says those payments should be made in January and July; that the county issued warrants for the chancery clerk’s employees’ payroll repeatedly without sufficient cash balance in the office’s clearing fund, which resulted in interest-free loans to the office; that land redemption proceeds were settled inappropriately and untimely; and that county officials’ surety bonds were not properly filed and recorded in the chancery clerk’s office.

Auditors also cited Bishop for numerous omissions in keeping the minutes for board of supervisors meetings, saying bid openings were not adequately documented (some not at all); the approval of the previous meetings’ minutes was not the first order of business; details of debt agreements were not documented; interfund transfers were made without board approval; claims dockets were dated after board approval and some entries were not legible; documents relating to board orders were not included; and at least one personnel change was not documented.

The report also cited the chancery clerk for not keeping the minute book up to date — state law requires minutes to be publicly available no later than 30 days after a board meeting, but auditors found that as of Aug. 10, the last minutes prepared were are for the May 19 meeting.

The compliance special report also lists the requirement supervisors reimburse Lincoln County for $1.6 million in improper insurance payments for the dependents of county employees and includes the county’s response, which is to sue its insurance provider.

“None of the individual supervisors have the financial resources to address this finding personally,” the response states. “The only source of funds to address any financial solution will be insurance proceeds. However, the county’s insurance carrier has denied the county’s request both for coverage and a defense, citing an exclusion in the policy. The county disagrees with and plans to challenge this decision.”

The report also noted “numerous” purchases by the county of $1,500 or less for which invoices were unsigned and receipts not attached — the purchases totaled more than $70,000.

The county was also cited for posting $224,750 in property taxes to the wrong accounts. The law requires the proceeds of tax levies to be spent only for the purposes for which they were collected, but Lincoln County erroneously settled $39,187 of general levies; $2,171 in collections for the Lincoln County Public Library; $4,320 for reappraisal maintenance; $1,550 for fire protection; $10,664 from the road and bridge fund; $17,099 for the bridge and culvert fund; $6,262 for bonds; $10,853 for Copiah-Lincoln Community College; $604 for the now-defunct Pearl River Basin Development District; $49,630 from penalties and interest on delinquent taxes (most of which wrongly went into the interest income account); $9,868 for the tax collector’s fees and commissions; and $72,542 from excess bids on property, all of which went into the interest income account.

The auditor also cited the county for $5,639 in unapproved credit card travel expenses, eight instances where receipts were not attached totaling $3,985.90 and failure to prepare and submit an itemized monthly report to supervisors.

The report also claims the county failed to secure a surety bond for 94 employees, that it filed its annual Public Depositors Annual Report 54 days after the end of the fiscal year (the law allows only 30 days), that it paid claims for feeding inmates at the Lincoln County Jail without the prisoner meal log being filed with supervisors (it was filed to accounts payable instead).

Lincoln County Circuit Clerk Dustin Bairfield was also cited in the report for claiming unallowable advertising expenses and is required to repay $1,315 to the county’s general fund.

“We want to see the issues raised in this audit resolved,” he said. “My office is charged with protecting the taxpayers and enforcing the law, and that’s what we are doing in this case.” 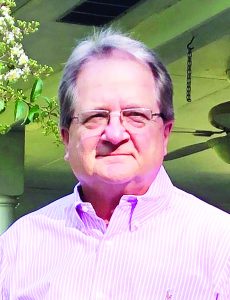 Thousands of wreaths pass through area

Two Brookhaven police officers killed in the line of duty and a soldier still missing decades after the Vietnam War... read more