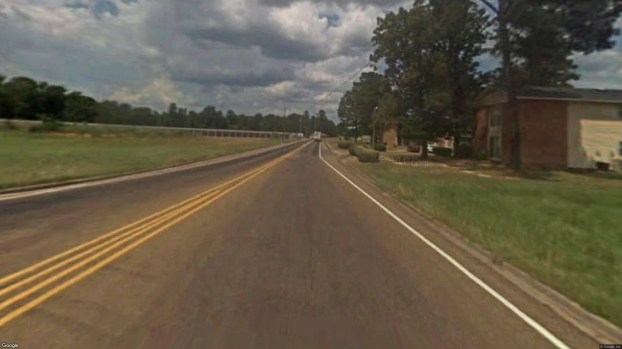 County supervisors are waiting on their $500,000 state bonus to hit the bank, but a local lawmaker and the mayor of Brookhaven want them to spend the cash in the city, not on county roads and bridges.

District 39 Sen. Sally Doty, R-Brookhaven, and Brookhaven Mayor Joe Cox addressed the Lincoln County Board of Supervisors Monday, asking the board to consider putting its half-million-dollar freebie toward the repaving of Industrial Park Road Northeast, the last section of highway between I-55 and the Brookhaven Industrial Park not yet reconditioned after years of abuse by heavy trucks. Doty said the final stage of the project could cost around $1 million, and hopes the city and county will each contribute their windfalls toward the job.

“While I know it might be very tempting and easy to spend it on all of your districts, I want to encourage you to take all that money and maybe put it with the city and finish the project at the industrial park,” Doty said. “That’s something that could have a lasting impact in the community.”

The city and county are set to receive $500,000 each after state lawmakers in August handed out $111 million in no-strings funding across the state, with $61 million coming from the state’s BP oil spill settlement and $50 million borrowed.

Supervisors have not voted on any use for the money and are not sure when they will actually receive it, though Doty said the cash was “available.”

Lawmakers divvied up the cash in a special session after passing a structured road and bridge funding formula based on internet and other sales taxes, a lesser measure when compared to Lt. Gov. Tate Reeves’ failed BRIDGE Act or an increase in fuel taxes, the latter of which was favored by supervisors around the state.

The project to enhance the industrial park’s connection to the interstate has been going for two years. Supervisors began helping the city resurface Manufacturer’s Boulevard and Industrial Park Road Northeast — parts of both are county-owned and maintained under the Mississippi Office of State Aid Road Construction — in 2016 with a $1.25 million federal grant.

The boulevard in the park has been resurfaced, and so has the section of Industrial Park Road Northeast from the park west to the intersection with North Jackson Street. But from North Jackson Street to I-55 remains untouched and in need of repairs to continue supporting the heavy trucks to and from Walmart Distribution, McLane Co. and other businesses in the park.

“I hope the city and county can work together on this,” Cox said Monday. “This is an unexpected surprise, so let’s use the money and work together.”

But supervisors have their own problems. The board has replaced or repaired almost 50 bridges in 2018 after numerous spans — almost all old, timber-framed structures — were condemned by inspectors working through the state at the demand of the Federal Highway Department.

Supervisors were forced to put much of their paving projects on hold and spend the money on bridges instead. Inspectors are still at work, with numerous other old bridges giving the board plenty of places to spend every dollar it can scrounge up.

“That’s hard,” District 3 Supervisor Nolan Earl Williamson told Cox. “I got a road down there in my district with 343 loads of logs going over it.”

District 4 Supervisor Eddie Brown said the board has applied several times for federal money to help complete the industrial park project, but can’t get any. Supervisors lobbied for help on the job the last time they traveled to Washington, D.C. to meet with the state’s congressional delegation.

“Right now, there’s nothing promising on that end,” said county engineer Ryan Holmes, of Dungan Engineering. “We’ll try every avenue we can.”

During her presentation, Doty also encouraged the board to call her with concerns for the 2019 legislative session, which begins Jan. 8. She updated supervisors on expected legislation to allow the state’s electric cooperatives to run high-speed internet service to their clients — supervisors later voted unanimously to support such legislation at the request of the Mississippi Association of Supervisors — but warned them against getting their hopes up.

“If that were to happen, I don’t want there to be any misunderstanding — it’s not something that would happen overnight, and I’m not even sure the majority of our co-ops would do it,” she said. “Right now, only four or five have said they’re interested.”

Allie Mae Humphries starts each day with turkey bacon, grits and eggs and ends it with the late night news.... read more