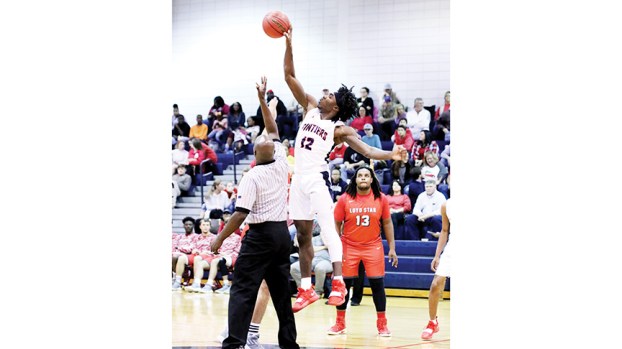 Just over a month ago, the two teams met at Loyd Star in a game that Brookhaven won 62-27. That game was physical and fast at times, as the Lady Panthers used their press to create turnovers.

If you’ve seen Loyd Star play this season, then you know the Lady Hornets have progressed and improved in their first season under new head coach Christi Terrell. On Tuesday it was as if there was an invisible cover on the basket, as the Lady Hornets missed shots from up close and from afar. The length of BHS gave Loyd Star fits, as very few looks at the basket were clean shots.

Loyd Star scored six straight points to start the game before the BHS defense clamped down to give themselves an 18-8 first-quarter lead. BHS was led by Lafollette Bogan with 16 points. The senior forward is averaging 21.6 points per game and scored his 1,000th career point in the first half. During a timeout he was given a ball that commemorated his achievement.

“It means a lot to be recognized for scoring 1,000 points,” said Bogan. “It’s a moment that I’ve been looking forward to since I was in 9th grade.”

The Panthers forced the Hornets into 26 turnovers. BHS forced 30 turnovers when the two teams met earlier this season in a game the Panthers won 68-53.

With one more win, the Panthers will match their win total from last year (12) in a season that still has 14 regular-season games left to play.

Bogan says the team is better tuned-in to what coach Marcus Flippin is demanding of them in his second season on the bench.

“We’re used to the system and we’re playing better defense,” said Bogan. “We’re playing together as a team.”

Loyd Star ends the 2018 portion of their schedule on Friday when they host Pisgah. Brookhaven travels to Warren Central tonight for a pair of games.

The Brookhaven High soccer teams kicked off region play on King Field with a pair wins over the Natchez Bulldogs... read more