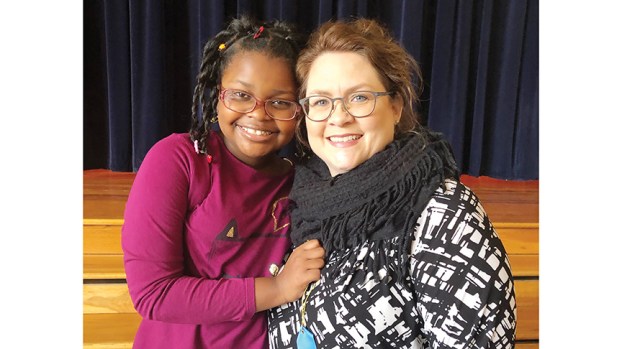 4th-grader is a spelling bee-liever

A smart fourth-grader spelled her way into the record books at Brookhaven Elementary School, taking first place recently in the school’s spelling bee.

Freddye Bridges can’t recall the meaning of the word “irked,” but can easily spell it aloud.

“I-r-k-e-d,” said the girl without hesitation.

Bridges, who turned 10 just before Christmas, is the daughter of Kwinsi and Zidia Bridges. Her mother teaches math at Alexander Jr. High, while her father teaches science. The family — which also includes Mamie Martin kindergartener Josephine Bridges —commutes to Lincoln County from their home in Byram five days a week.

The 35-minute ride — or longer depending on traffic — gives Bridges time to practice her spelling words to prepare for the district spelling bee Jan. 24.

She repeats each word to herself numerous times, and then tries to spell it out loud.

“I try it again and again so I can memorize it,” she said.

She studies the words, which come from a Scripps National Spelling Bee master list, until she learns them. Her mom breaks her study sessions into half-hour blocks.

Her parents call out the words to her in random order when she’s ready. If she misses a word, it goes back on the list for more study. She finds that writing the missed word three to five times helps her memorize it.

Bridges likes to read, which her parents believe has been instrumental in giving her a good vocabulary.

“Dork Diaries” is a favorite right now. When she’s not reading, she’s outside playing.

“I do like to do cartwheels and running. And swinging,” she said.

Though she once planned to be a ballerina when she grew up, she’s now set her sights on science.

“I really want to be a scientist to help animals and protect the endangered species,” she said.