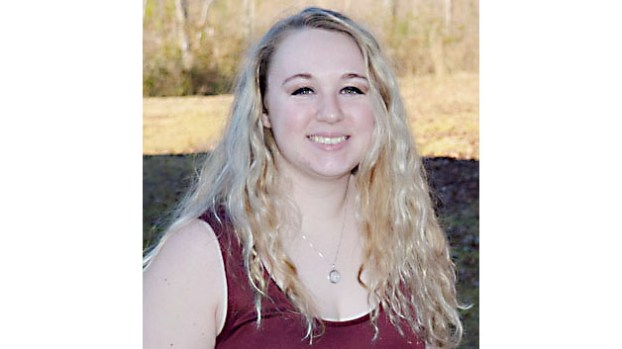 For Natalie Jo McKenzie, nothing makes her happier than helping others.

McKenzie, 21, has lived in Brookhaven all her life.  She is the daughter of Jack and Nancy McKenzie.  She has one brother — Benjamin, 32.

She is a 2015 graduate of Loyd Star Attendance Center and a 2017 graduate of Copiah-Lincoln Community College.

McKenzie is a second-year nursing student in the RN program at Co-Lin, and she is anticipated to graduate in May.  She attends Mt. Zion Baptist Church, where she is involved in the music ministry during vacation Bible school.

She is newly engaged to Andy Bates of Wesson.  The couple has dated for three and a half years.  The two met at Co-Lin, where they were both a part of the trumpet section for the Blue Wave Show Band.

At Co-Lin, she is involved with Phi Theta Kappa and the student nursing organization. In her free time, she likes to sing and go to the gym.

Her favorite food is french fries, specifically the ones from McDonald’s.  An interesting fact that people may not know about her is that she can’t stand bacon.  McKenzie says her most favorite place is Walt Disney World, where she has visited three times throughout her life so far.

Something that she can’t do without is her Chihuahua Honeybun.  McKenzie says that her best quality is her kindness, because it will help her when she becomes a nurse.

Her life’s biggest goal is to truly be happy.

“As a dad, I’m always looking for things for my kids to do in a safe place,” says Levi Patton,... read more