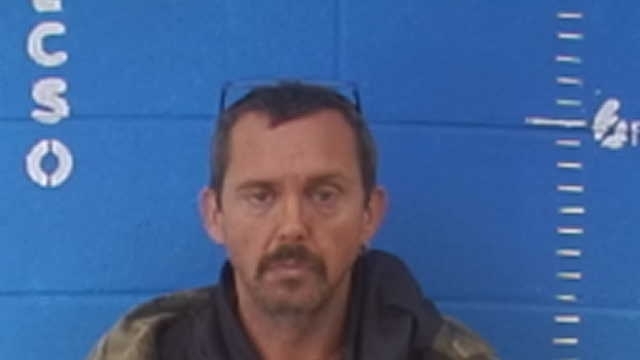 A Bogue Chitto man has been charged with murder in the shooting death of a Lawrence County resident whose body was found off Bogue Chitto Road last month.

Lincoln County Sheriff Steve Rushing said 50-year-old Troy Galarza, of 959 Bogue Chitto Road Southeast, has been charged with first-degree murder in the shooting death of 34-year-old Wesley Watts, of Jayess, whose body was found in a field near Galarza’s residence Dec. 5. Deputies arrested Galarza that day on a Rankin County bench warrant for possession of a firearm by a convicted felon, and he remained in the Rankin County Jail while Rushing’s deputies put the case together.

“Based on our initial information, they’d had some type of dispute dealing with a car and Troy allegedly shot (Watts),” the sheriff said. “It was Troy’s car, and supposedly Wesley wrecked it. There could be some more issues going on between the two of them.”

Rushing said the murder may have occurred between Nov. 4 and 6. Watts’ family reported him missing to the Pike County Sheriff’s Department after he was last seen getting into a black pickup truck at the Pricedale One Stop on Hwy. 44 Nov. 5. Watts’ body was discovered near Galarza’s residence Dec. 6 after deputies received a tip and executed a search warrant on the property.

Rushing said the two men were acquaintances and Watts had been staying with Galarza“off and on.”

“(Galarza) has basically been our suspect since the information we got in the beginning, and over the past couple of weeks we put the case together,” he said.

Rushing said several weapons recovered at Galarza’s residence are being examined at the state crime lab. Galarza will be brought to Lincoln County for a preliminary hearing on his murder charge once his case in Rankin County wraps up.