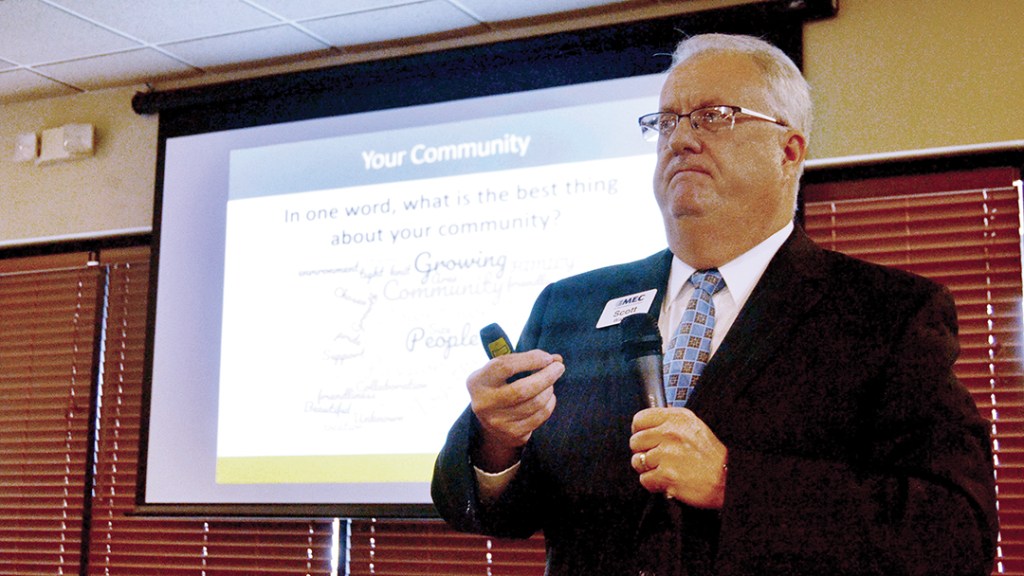 Photo by Donna Campbell Scott Waller, president and CEO of the Mississippi Economic Council, discussed ways to strengthen the state during a lunch meeting at Mitchell’s Special Events & Catering on one of the MEC stops. About 80 people attended the meeting Tuesday.

Workforce training, transportation and economy topped the list of topics up for discussion Tuesday when the president and CEO of the state’s chamber of commerce rolled into town offering a slide presentation and free lunch.

The MEC will take that info and advocate for issues to move the state forward, Waller said.

Those issues are determined by the feedback received during the meeting through a printed card participants completed during lunch and through an electronic response card used to vote instantly as a group.

The small electronic gadget came into play when Waller asked the group of about 80 people about the importance of a healthy workforce.

So while nearly 90 percent of those in attendance felt that it’s important to have a healthy workforce, 75 percent — or 48 of the 64 people polled, believe the workforce in Lincoln County is only somewhat prepared to meet the needs of today’s existing industries and the jobs of the future, while 19 percent answered the workforce is not at all prepared. Six percent went with “very prepared.”

This wasn’t surprising to Kenny Goza, coordinator for the Trade Adjustment Assistance Community College and Career Training program at Copiah-Lincoln Community College, who said 70 percent of the jobs available in Lincoln County are skilled labor.

“We are not doing enough, in my opinion, we’re not getting the students in skilled trades for whatever reason,” he said. “We have a lot of skilled jobs that are just not getting filled in Southwest Mississippi. I get calls every other day with people looking for electricians, welders, truck drivers, industrial maintenance positions that we just wish we had the students to fill the jobs.”

Goza’s goal is for the community to communicate better to students what jobs are available so students can work toward their career path while still in high school.

“We push that our students need to go get a four-year degree, which is all well and good, we’re not discrediting that in any way, but we’re not communicating to them that there are middle-skill jobs that you can get with a two-year degree or an associate’s degree and you can go make a good living, making good wages, in those careers,” he said.

Those students coming out of college looking for a job in the Magnolia State are in a good place.

“In Mississippi, as the governor says, there are more jobs open than there are people to fill them,” Goza said. “So if you come out with a work ethic, with any kind of skill and being able to work with others and communicate, you write your own ticket for your future.” 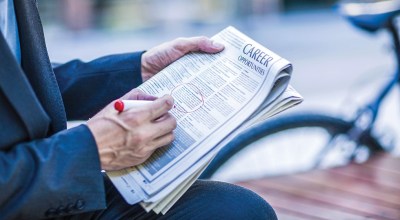