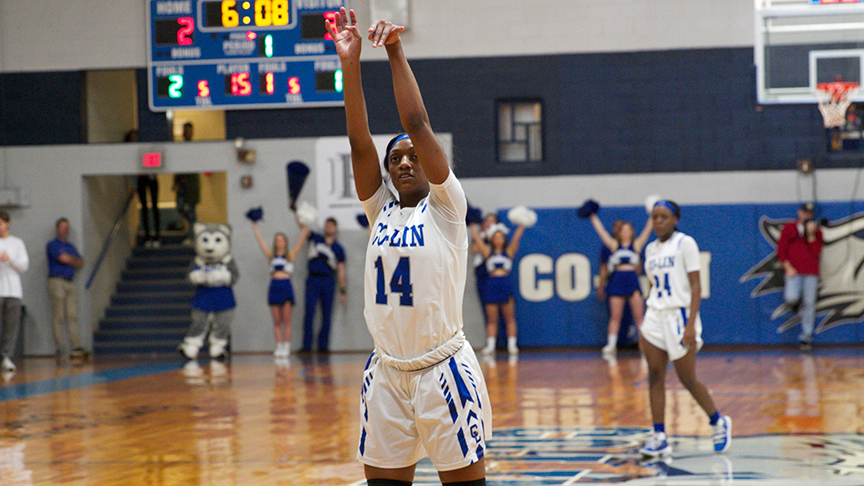 The Copiah-Lincoln Community College Lady Wolves won their fifth straight game with a 56-51 victory over their local rival, Southwest. The win improved the Lady Wolves to 12-1 on the year and to 3-1 in MACJC play. The loss drops the Lady Bears below .500 to 6-7 overall and 1-3 on the season.

The Lady Wolves travel to Hinds next Tuesday and Meridian on Thursday for two division road games before taking on the Jones College Lady Bobcats in Wesson on Jan. 28.

“We weren’t executing on offense early, we were struggling trying to run anything,” said head coach Gwyn Young. “We got in foul trouble early, but we had some bench players that came in and did a really good job. We never had anything that really felt good, it wasn’t a pretty game, but our fans were a good support and our players were supporting each other. We just have to keep trying to get better every game.”

The Southwest Lady Bears took advantage of Co-Lin’s confusion on the floor early on and led by two, 14-12, after the first quarter of play. That lead grew to six, 18-12, in the opening minutes of the second quarter as the Lady Wolves struggled shooting the ball and finding any rhythm on the offensive end of the court.

Midway through the second the Lady Wolves finally got clicking and went on a 10-2 run led by Orion James as she checked into her first game of the season. The quick spurt of offensive put the Lady Wolves on top 24-22, but a quick three-pointer on the other end by Southwest’s Tootie Rankin put the Lady Bears back on top by one. Co-Lin responded and took a three point, 28-25, lead into intermission. The third quarter saw two lead changes as both teams traded baskets. Co-Lin stretched the lead to five briefly after back-to-back three-pointers from Sha’Quandra Carter and T’Kyra Hicks. Going into the final 10 minutes the Lady Wolves were up by four, 42-38.

The fourth quarter saw yet another lead change as the Lady Bears fired off a 7-0 run to take a 45-42 lead with 6:14 left in the contest. With 3:32 left in the game Co-Lin’s biggest momentum swing of the contest came as sophomore Ciara Norwood got a steal and quickly dished it to Camryn Davis for a lay up. Norwood followed the play by quickly stealing the inbound and taking it to the hoop. The four point burst took only seven seconds and gave Co-Lin a five point, 50-45, lead which the Lady Wolves did not relinquish for the final three minutes.