Mayor: Airport is ‘off the radar’ with broken equipment 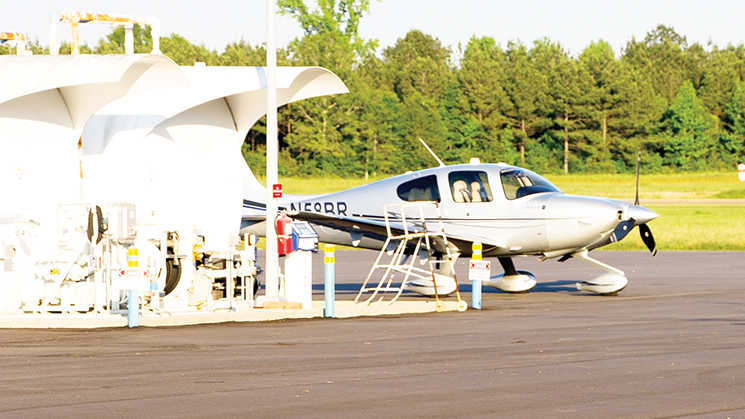 Daily Leader file photo The Automated Weather Observing System at Brookhaven-Lincoln County Airport is not working, leaving the airport off the radar of pilots traveling through the area.

A revisit to the drawing board aims to put the Brookhaven-Lincoln County Airport back on pilots’ radar.

But the cost to replace the 14-year-old computer equipment soared a lot higher than Brookhaven aldermen were expecting.

Only two companies in the nation sell the AWOS equipment and both are owned by the same parent company, he said. Holmes went back to the drawing board and decided on a different approach.

“Without that AWOS system we’re off the radar. We’re off the map so far as somebody flying through,” Mayor Joe Cox said. “When they pull it up on their instruments, we don’t register, so we’re missing out on fuel sales and what-have-you.”

Administrators at University of Mississippi Medical Center have written about their concern over the dead AWOS system in Brookhaven and its potential to help save lives.

“We’ve kind of changed gears a little bit and going to try to rehab this equipment,” Cox said.

The system can be refurbished to FAA standards for just over $40,000, he said. The move should buy the city a few more years of use before the entire system will need to be replaced.

The system should be up and running in four to six weeks, Holmes said.

The Brookhaven-Lincoln County Airport, located off Old Highway 51, has one 5,000-foot asphalt runway. It is the only public air terminal in Lincoln County. Holmes said approximately 1,100 total operations are filed annually at the airport.