Renaming a road to remember — in honor of William Durr 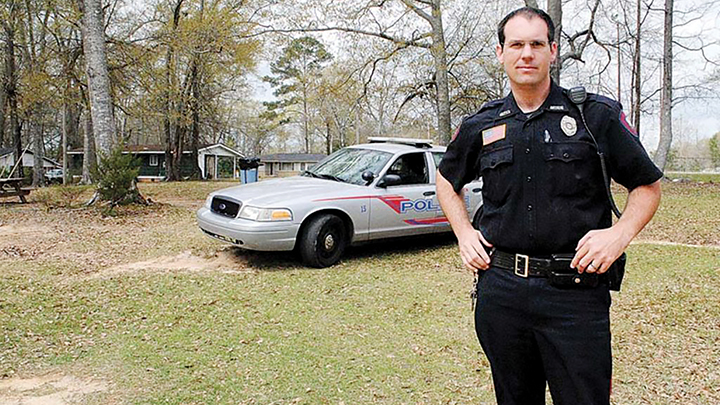 Daily Leader file photo The Deputy William Durr Memorial Highway will honor the sacrifice of the Lincoln County Sheriff’s deputy and former Brookhaven police officer, who was killed in the line of duty in May 2017.

A three-mile stretch of Hwy. 51 from Norfield to the north side of Bogue Chitto will soon be named for a man who died in service to his community.

The Lincoln County Board of Supervisors this week expressed their approval of the Deputy William Durr Memorial Highway, and although the matter will need an OK from the House and Senate and a signature from Gov. Phil Bryant, Rep. Becky Currie, R-Brookhaven, doesn’t foresee any problems making it happen.

“Everybody is very respectful and it will pass with no hurdles,” Currie said.

Currie and Durr’s widow, Tressie Durr, met with supervisors this week to discuss the resolution Currie and Rep. Vince Mangold, R-Brookhaven, plan to present to the House.

Sen. Sally Doty, R-Brookhaven, will present the resolution to her side as well, Currie said.

Durr, a former Brookhaven police officer, had been a deputy with the Lincoln County Sheriff’s Office for four years until his death May 28, 2017, while responding to a domestic call. He and seven other people were fatally wounded that weekend. He was 36.

Also killed during the weekend shooting spree were Barbara Mitchell, Brenda May, Toccara May, Jordan Blackwell, Austin Edwards, Sheila Burage and Ferrel Burage. All of the victims except for Durr were related.

Currie had talked to Tressie Durr about a memorial in that area.

“We don’t want anybody to think that we have forgotten,” she said.

Tressie Durr told supervisors the area designated for the memorial would run from Hwy. 51 just north of Mt. Pleasant Baptist Church north to about the first entrance of Cold Springs Road just north of Bogue Chitto.

The Durr family thought long and hard about where the best spot would be to honor the heroic law enforcement officer and decided the stretch of road that included Northfield and Bogue Chitto would be the most appropriate.

“We’d like for it to encompass Norfield where the death actually occurred,” Tressie Durr said. “(Then) go north on 51 and encompass where the memorial will actually be at the intersection of 51 and Bogue Chitto Road.”

They want the area to stretch a bit further north of that intersection so the signage won’t be lost among the school signs.

County engineer Ryan Holmes said supervisors don’t have jurisdiction because 51 is a state highway, but after a quick phone call to the Mississippi Department of Transportation, he came back into the meeting smiling.

He said the supervisors needed to put their approval in the minutes, then Currie can get the resolution in the works.

“Once it passes the House and Senate and the governor approves it, we’ll go ahead,” she said.

When that red tape is taken care of, MDOT will install the signs at their expense. Currie said a ribbon-cutting ceremony will be planned to go along with the unveiling of the signage.

At the time of his death, Durr was a member of Moak’s Creek Baptist Church in southern Lincoln County, where he and Tressie taught a college and career Sunday school class and helped run Vacation Bible School every summer.

He is buried there in the church cemetery.

At his funeral, Gov. Bryant, a former sheriff’s deputy himself, told Durr’s son: “Nash, your father is a hero. He went into harm’s way. Let us today pray for those families of the victims that were loss. We are here today for William but we are here for all of those who have gone on to their heavenly father.”