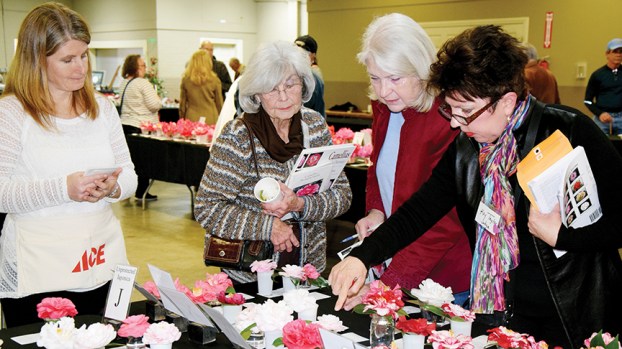 Photo by Bill Perkins The Brookhaven Camellia Society’s show in 2017 was the largest in the southeastern United States, according to president BillPerkins. Judges will compare submitted camellias within categories, including the kindergarten-grade 12 division. Entries will be accepted 7:30-10:30 a.m. Saturday, and the public viewing will be 2-5 p.m. at the show’s new venue, The Event Center at The Homestead at Brookhaven Nurseries. 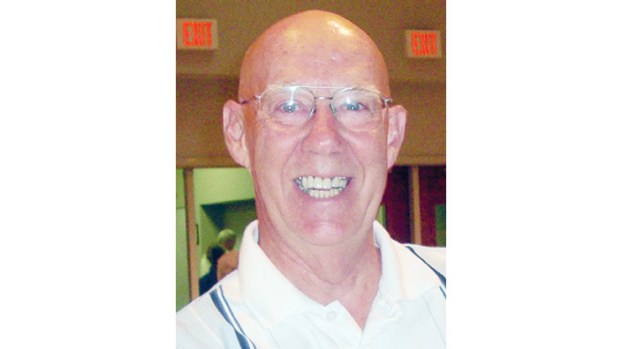 Daily Leader file photo/ The Brookhaven Camellia Society’s show in 2017 was the largest in the southeastern United States. The 2019 show is dedicated to the memory of long-time member and chairman Homer Richardson.

For 18 years, Richardson — along with his wife Lynn — worked diligently to make sure the event was a blooming success. This year, the 56th annual show will be dedicated to the memory of the longtime camellia enthusiast, former BCS president and show chairman who died July 23.

Bob Naeger, a four-time past president, can’t say enough good things about Richardson, who he met 12 years ago after moving to Brookhaven and joining the society.

“He was a camellia lover through and through and a friend to everybody,” Naeger said. “Homer was the volunteer of volunteers. He was always busy, always doing something. The camellia society would not have made it all these years without Homer. We couldn’t do enough to thank him for all of his work and his life’s work of volunteering everywhere he went.”

This year’s show will be Saturday and it’s making the move from the Brookhaven Recreation Center to The Homestead at Brookhaven Nurseries on Hwy. 51.

It’s free to enter and attend.

A youth category is available for students in kindergarten through 12th-grade, said BCS President Bill Perkins.

There will also be an area for camellia growers to bring blooms to be identified.

The Mizell Camellia Nursery of Folsom, Louisiana, will make a return appearance with a trailer filled with potted camellias for sale.

Naeger said the cold weather may cause some issues for the local growers — camellia blooms don’t do well in freezing temperatures — but he still expects to see hundreds of blooms entered. The Brookhaven show is one of the largest around and will attract growers from several states.

“We always seem to get a cold snap every year the week or two before the show and it suffers,” he said.

He and his wife, Renee, checked on their plants at their Brookhaven home Wednesday morning.

“They look like they’ve fared pretty well. It really needs to be down to the mid-20s or lower before it does a whole lot of damage. They just brown out. So I hope, I’m optimistic to think that if they were somewhat protected we’re still going to get quite a few blooms from the Lincoln County area.”

Many of the participants travel from Southern areas like Baton Rouge and New Orleans in Louisiana and Pensacola, Florida, and the Gulf Coast.

“They all should have fared just fine so we should have plenty of blooms, we just may have some damaged blooms from the Lincoln County group,” he said.