Ceres goes ‘under the big top’ for charity ball 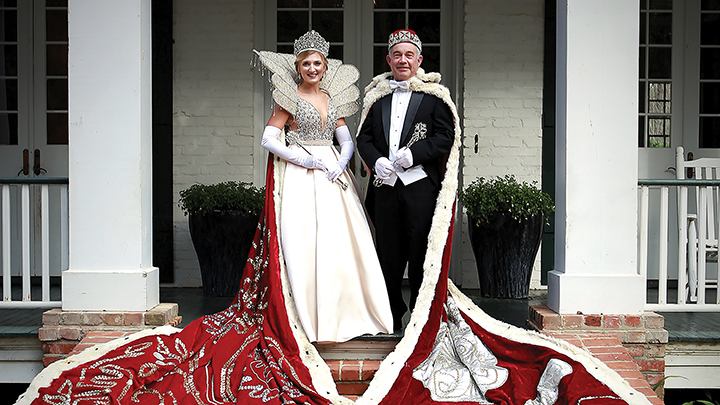 That’s when the members of the krewe and guests at the ball will learn the identity of this year’s king and queen.

Tickets are on sale now by krewe members, who will take over the Lincoln Civic Center later this month for a night of dining and dancing. Tickets are $50 and can be purchased by calling 601-757-6141.

Dress is cocktail dresses for women and jackets for men. Doors open at 6:30 p.m. and the procession will begin at 7:30 p.m.

The presentation of the court — 10 maids and their escorts — will be followed by the revelation of this year’s king and queen.

After the meal, a live band will perform for guests and the royal couple, said krewe spokeswoman Shannon Miller.

The theme for the 2019 charity ball is Under the Big Top. The civic center will be decorated along a circus theme with numerous red and white floral arrangements and circus staples like popcorn and peanuts, she said.

The highlight of the evening will be the presentation of the 2019 king and queen, whose identity is not revealed until that time, Miller said. Last year’s royalty was King Judson Davis Langtson Jr. and Queen Anna Louise Gardner.

The Krewe of Ceres royalty dates back to 1966 but the present day Krewe was formed in 1977 with 50 charter members. Organized by the late Enoch Case, the Krewe was comprised of the children and grandchildren of the Jaycees. Originally, the Krewe was an all-male organization but now includes women as well.

The purpose of the Krewe of Ceres is to recognize the area’s most outstanding young people and to raise money for local charities.

To add to the suspense of the evening, the king and queen are kept a surprise to the community. The king is always a businessman who is admired and respected in the community, an individual who has given a great deal of himself to civic activities, Miller said.

The queen can range in age from a junior in college to a woman of 25. She was previously a maid who continues to excel academically and is involved with numerous campus and community activities. Maids and escorts are sophomores in college and are from the Brookhaven area. The aides and pages are fifth-graders, chosen to aid the king and queen.