Co-Lin falls to No. 9 Pearl River 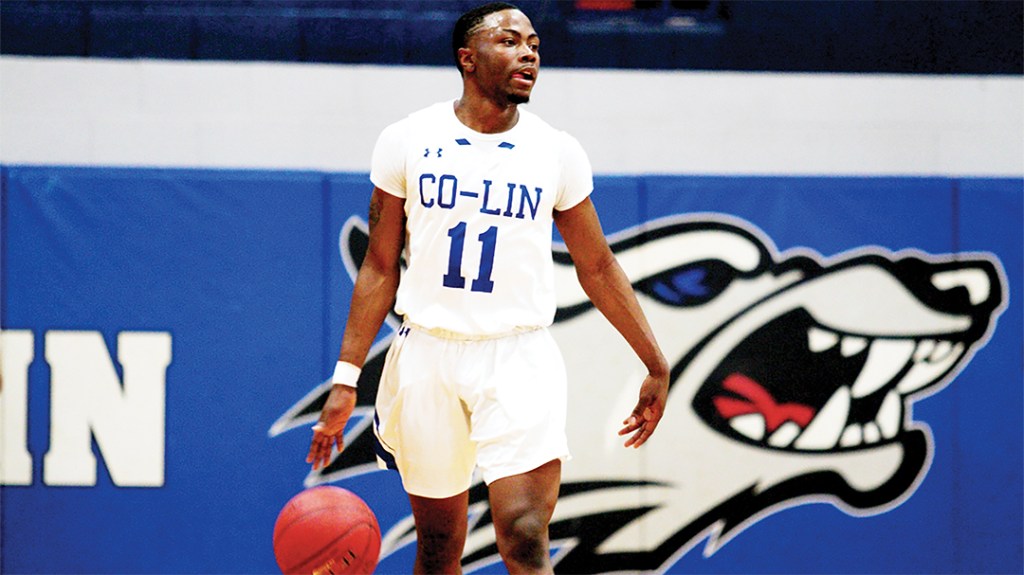 Photo by Co-Lin Sports Information Sophomore point guard Xavier Heidelberg scored a team high 21 points for the Wolves Thursday against Pearl River. With three weeks remaining in the regular season the Wolves are tied for the final playoff spot from the south division with Hinds. Co-Lin travels to Gulf Coast on Monday and hosts East Central Thursday.

Co-Lin is on the road on Monday as they face the Mississippi Gulf Coast Bulldogs in a critical MACJC South Division matchup in Perksinton at 7:30 p.m. Co-Lin rounds out the week with a home matchup against the East Central Community College Warriors Thursday, also at 7:30.

“We had some guys that really competed and tried as hard as they could,” said head coach Kenny Bizot. “We have to able to move the basketball better…we have some things to figure out on how to move forward, and come up with the best way to play when we are down on bodies.”

The Wildcats jumped out to a 6-0 lead early and never looked back on Thursday night. That lead grew to 10, 18-10, midway through the first half, but Co-Lin rallied. A 7-2 Co-Lin run led by Xavier Heidelberg cut the lead down to just three, 20-17, but Pearl River’s offensive quickly regained its footing. The Wildcats responded with 10-0 run on their end to pull back to a double-digit lead, 30-17, with 8:15 remaining in the first half. Co-Lin battled for the remainder of the first half and trailed by 19, 50-31, going into the locker room.

The second half was all PRCC as the Wildcats ran away with the victory. Despite the deficit, the Wolves had several players that continued pour out the effort on the court. Heidelberg finished with a team-high 21 points, his third 18 plus performance in the last four games. Cameron Woodall posted 16 points, while Lance Madison finished with 10. Miles Daniels led Co-Lin in rebounds with nine as he hauled in seven.

The Wildcats had five double-digit scorers but were led by Fred Thompson who scored 17, the majority of which came from 5-of-7 shooting from beyond the arc. Cameron Smith led the Wildcats with nine rebounds.