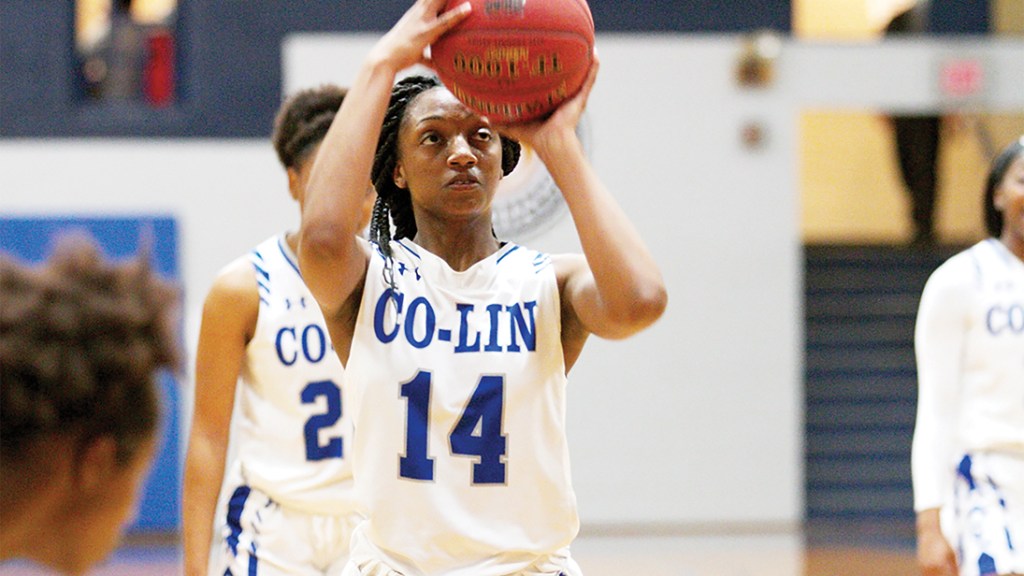 “The game started off bad…we were acting like we didn’t know what we were doing on offense at all,” said head coach Gwyn Young. “We got our head down early, but got back into the game, but reverted back to how the game started and just got killed on the boards. East Central beat Gulf Coast, so we are going to have our work cut out for us on Thursday, it’s going to be tough for the rest of the way.”

The Lady Wolves started the game very slowly as the Lady Bulldogs grew a 10-1 lead over the first seven minutes of the contest. The Lady Wolves finally made their first basket from the floor on a layup from Dashell Davis with 2:33 left in the first quarter. Going into the second, Gulf Coast held a 10-point, 15-5 lead.

The shooting troubles continued for the majority of the second quarter for Co-Lin as Gulf Coast grew the lead to 13, 30-17, with 2:00 left in the opening half. The Lady Wolves re-grouped and in the final two minutes of the second made a strong push with a 9-0 run. The offensive burst that closed out the opening half cut the Lady Bulldog’s lead to just four, 34-30.

In the third, both offenses traded baskets, with several Gulf Coast points coming on second-chance opportunities. Late in the third, the Lady Bulldogs had grown the lead back to eight, 44-36, but a big three-pointer from Co-Lin’s Sha’Quandra Carter prevented Gulf Coast from stretching their advantage back to double-digits. Going into the final 10 minutes Co-Lin was once again down by just four, 45-41.

The Lady Wolves made several pushes in the fourth as they cut the lead down to one on six different occasions. A pair of free throws from TaMara Riley with 3:57 on the clock tied the game for the first time at 55-55. Co-Lin stole the ball on Gulf Coast’s ensuing possession and Camryn Davis hit a layup to put Co-Lin on top for the first time, 57-55, with just 2:53 to play. The Lady Wolves briefly had the momentum, but a three-pointer on the other end from Gulf Coast’s Amber Sutton and a three-point play from Daphane White gave the lead back to the Lady Bulldogs, 61-57. The Davis layup proved to be Co-Lin’s final points of the game as Gulf Coast closed the game on an 11-0 run to secure the 66-57 victory.

Camryn Davis led Co-Lin in the scoring column with 14 points after going 6-of-10 from the floor and 2-of-2 from the stripe. T’Kyra Hicks added 13 points with the help of two three-pointers and 3-of-3 free throw shooting, while TaMara Riley rounded out the top scorers with 10. Sha’Quandra Carter also had a strong showing with eight points and a team-best 11 rebounds. Carter and Darien Tubby led the team in steals with three each, while Tubby posted a team-high six assists.

Shelli Thigpen led Gulf Coast with 13 points, while Breannah McCullah and Daphane White finished with 12 points each. Kalya Simmons rounded out the double-digit scorers with 11 points and completed a double-double with 14 rebounds. Simmons also had four assists and three blocks.