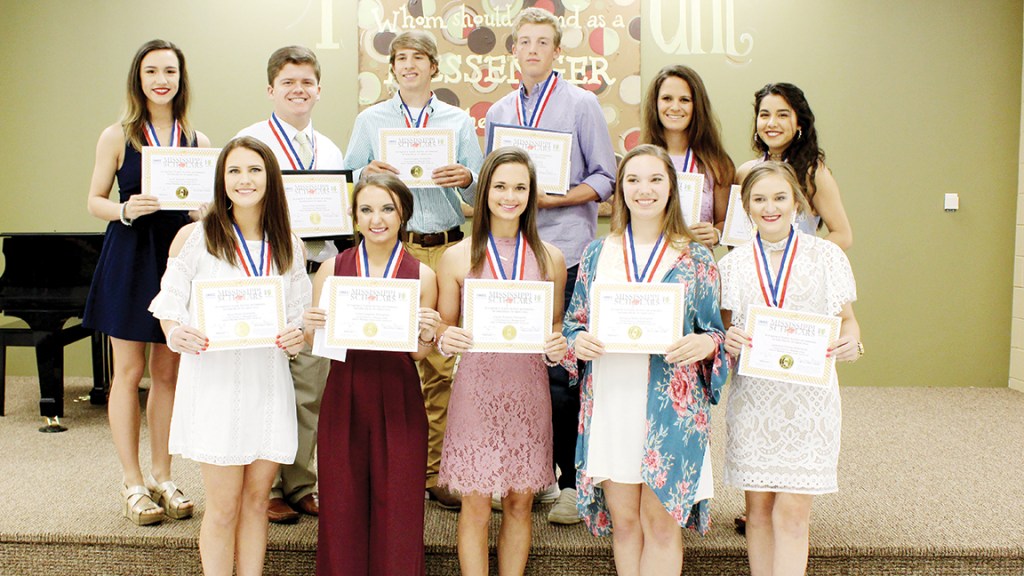 Since its first graduating class of seniors was recognized in 2006, hundreds of students have earned the designation as a Mississippi Scholar or Tech Master.

And while that is special in its own right, the real reward is the scholarship money that each student in the program receives.

The Mississippi Scholars program is able to provide scholarships because of the donations of private individuals, businesses, community colleges and universities. They see the value in encouraging students to excel in the classroom and in their communities, and donate accordingly, said Kenny Goza, who helped start the program with Kay Burton in 2005.

In the program, administered statewide by the Mississippi Economic Council and locally by the Brookhaven-Lincoln County Chamber of Commerce, students are encouraged to take more challenging courses that will better prepare them for the future. Students must take a rigorous course of study, attend class regularly, score well on the ACT and do community service to be designated as Mississippi Scholars.

The program gets students career ready, so that they slide easily from high school graduation to a college or technical school because of the advanced curriculum they’ve already mastered. But it’s not just about studies.

In 2015, the program expanded its focus to incorporate technical areas as well as college prep with the Mississippi Tech Master Scholars program. This addition has proved itself to be beneficial to even more students. Students can go to a four-year college, a two-year college or technical school. The academic rigor and requirements of both programs better prepares the student for post-graduate life, whether they are headed to a university or a technical career, he said.

The program works because it gets high school students focused on what it takes to have successful careers — getting up early, being disciplined, and getting involved with serving their community, he said.

The program’s requirements are academically rigorous, but the community service and attendance requirements are just as vital to the success of students, Goza said. The program requires that students complete 40 hours of community service during four years of high school. That forces students to be aware of service opportunities in communities. That requirement jumps to 80 hours in four years for the Class of 2022 and after, Goza said.

The attendance requirement is also important — students must keep at least a 95 percent attendance throughout high school. Establishing a habit of showing up will prepare students for life after high school, he said.

All of that is made possible through contributions of its sponsors. Volunteers are seeking donations for the program so each graduate can receive a cash scholarship along with recognition. The program now has a non-profit status so contributions are tax deductible.