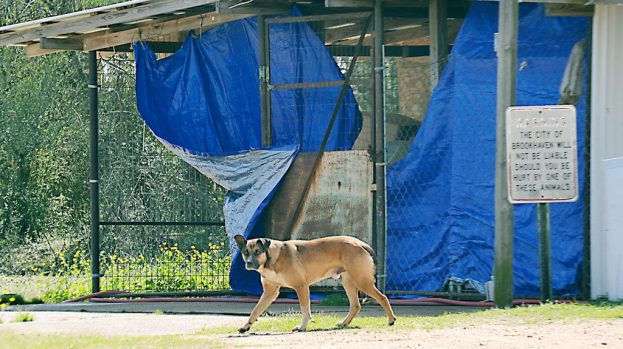 Daily Leader file photo A dog roams the property of the Brookhaven Animal Shelter, located inside the city’s landfill. 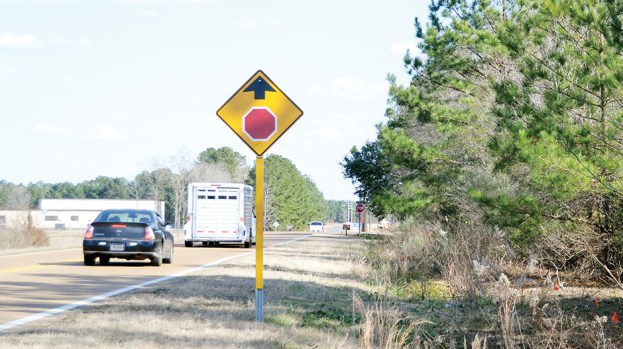 The city’s new animal shelter got a step closer to becoming reality Tuesday night when Brookhaven aldermen agreed to look for someone to build it.

Mike McKenzie, principal engineer with WGK Inc., asked for permission to advertise for a contractor. Bids can be opened April 4, with construction to begin by late April or early May.

It’s been more than two years since McKenzie, the city’s engineer, presented the board with plans for a new animal shelter.

Several sites were studied but the board settled on a two-acre lot near the corner of Industrial Park Road and Old Hwy. 51, about one-third of a mile from the Brookhaven Building. The site is one of the many small city-owned parcels scattered around town. McKenzie said engineers queried the tax map and found all the city’s parcels then went through them one by one, eliminating the ones that would not work.

The lot they found backs up to the District 2 Lincoln County maintenance barn on Old Hwy. 51. Gordon Redd Lumber is to the west and a residence is to the east.

Plans for the shelter include two rows of six sloping pens each, with a medical room, office, a feed and supply room and storage space. Fans will be installed to keep the runs cool in the summer, though the office area would be air-conditioned. The entire building will be heated. Several dogs can be housed in each of the 12 pens, though aggressive animals would be kept alone, McKenzie said.

Based on the preliminary plan McKenzie presented March 21, 2017, the shelter would cost about $150,000 including site preparation and construction. The money for the project is earmarked in the city’s general fund.

The current shelter sits at the end of a dirt road that winds past debris at the city dump. The 18 pens are covered with a sheet-metal roof. Animal control officer Roxanne Norton said the kill-shelter saw about 300 dogs in 2018 but she regularly gets help placing dogs through the no-kill Brookhaven Animal Rescue League and other shelters and rescue groups. The dogs she has to euthanize are usually those considered to be dangerous to the public, sick or injured, she said.

In other business Tuesday night, Mayor Joe Cox made a recommendation to reappoint Willie “Doc” Harrison to another five-year term on the Brookhaven Parks and Recreation Commission. The commission oversees management of numerous parks and recreational facilities throughout the city, and Harrison was recommended to Cox by Parks and Recreation Director Matt Shell.

Harrison’s new term will begin May 1.

The motion quickly received a second and went to a vote among the six aldermen at the table. Ward 1 Alderwoman Mary Wilson was absent.

“I’m opposing and I have a question about that nomination,” he said.

He asked why Cox was the one to make the appointment.

“I make those appointments,” Cox said.

“You don’t make all those appointments,” Moore shot back.

“I make these appointments,” Cox repeated.

According to the statute, the governing authorities of a municipality can create a park commission with not less than three and no more than seven members. Appointment of members of the commission shall be made by the mayor with the confirmation of an affirmative vote of the majority of the city council present and voting.