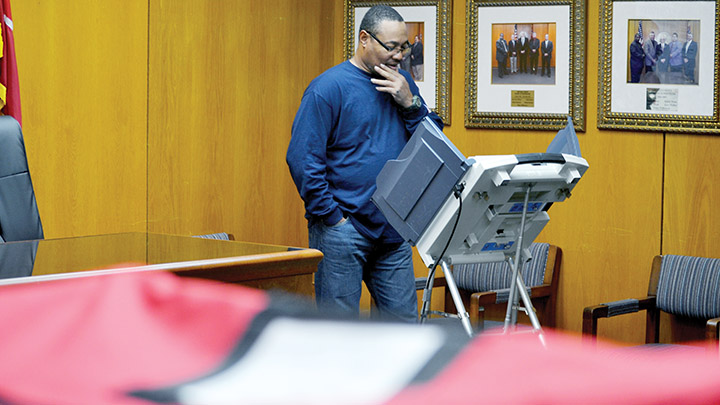 Qualifying in Lincoln and Lawrence counties comes to a close Friday at 5 p.m.

For nearly two months, dozens of residents of both counties have submitted the proper paperwork to signify their intent to run for various offices. The last qualifying papers will be accepted in the circuit clerk offices in both counties at close of business Friday.

Individuals planning to run either Republican or Democrat pay a $100 fee to qualify. Those qualifying as independent pay a $100 fee and must return forms with 50 qualified electors’ signatures. Lincoln County Circuit Clerk Dustin Bairfield is urging candidates planning to run as independents to get their petitions to his office as soon as possible.

He said one candidate running as an independent needed an extra day because not all 50 of his signatures qualified.

“When we checked it, it was a few short so he went out and brought it back the next day,” Bairfield said. “We check them when you bring them, but if you wait until 5 p.m. on Friday, if you’re short, you will not be allowed on the ballot. So we do urge people to try to bring those in at least a day ahead.”

Bairfield expects a few more names to be added to the list of qualifiers.

“I’d be very surprised if we didn’t have somebody show up that last day. We usually do,” he said.

He’s shocked to see only three in the chancery race so far considering it’s an open seat. Chancery Clerk Tillmon Bishop is retiring after maintaining records for the Lincoln County Board of Supervisors and Chancery Court for five four-year terms. He was one of nine candidates who ran for the open seat 20 years ago.

“That’s a little different, too, this year, so who knows,” Bairfield said.

The following is a list of those qualifying for offices in Lincoln County as of today:

Those who have qualified to run for office in Lawrence County by Tuesday are:

The following have qualified for state office as of Monday. Democratic statewide offices will not be released until Friday, per the Democrat Party.

• Commissioner of Agriculture and Commerce: Republican Andy Gipson (i)