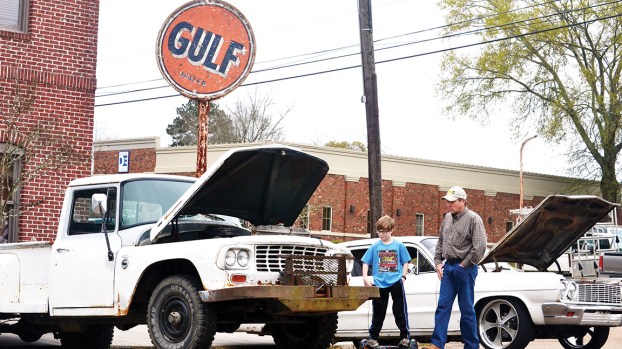 Photo by Donna Campbell Nick Rayford, 10, and his grandfather Jackie Mullins of Wesson enjoy the cars on display in the Fielder's Pro Shop Goin' To Town Car Show Saturday morning. 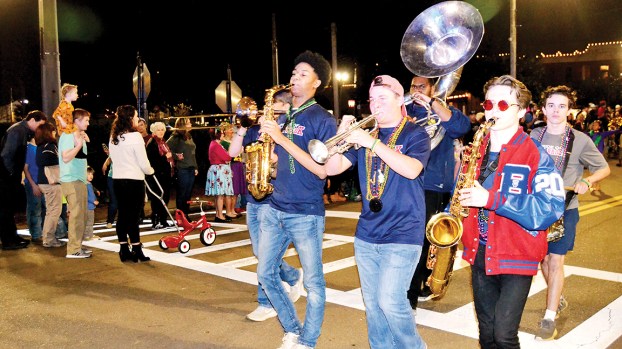 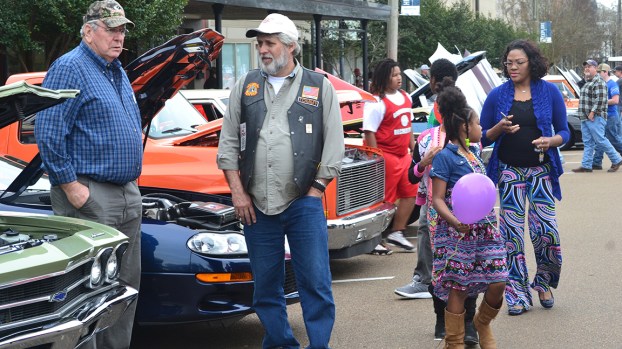 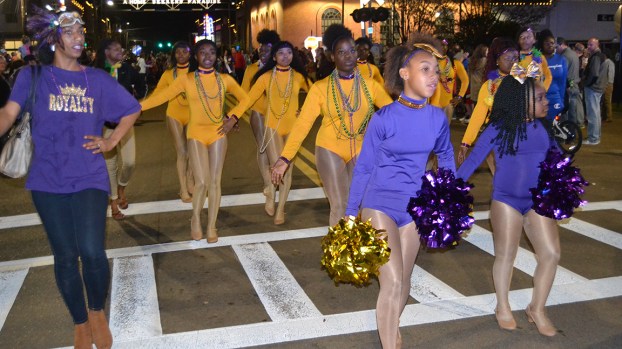 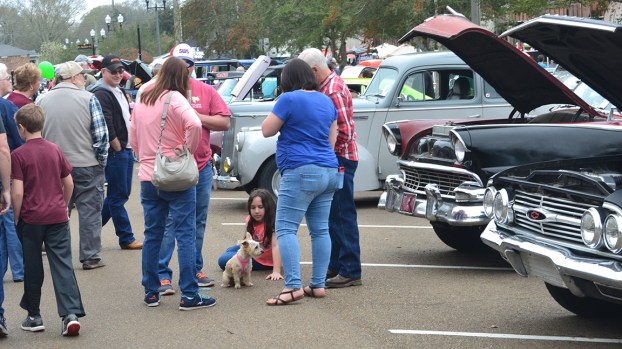 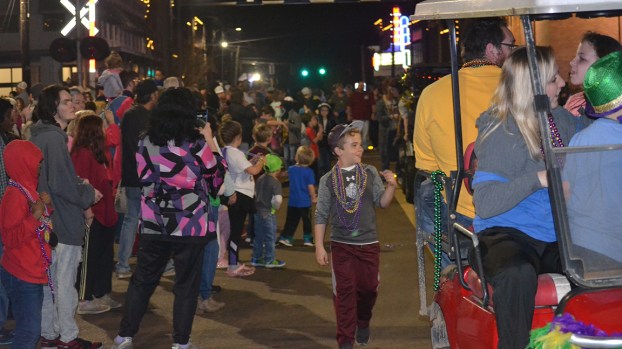 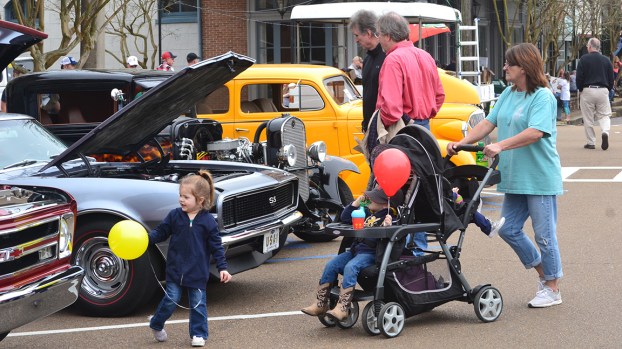 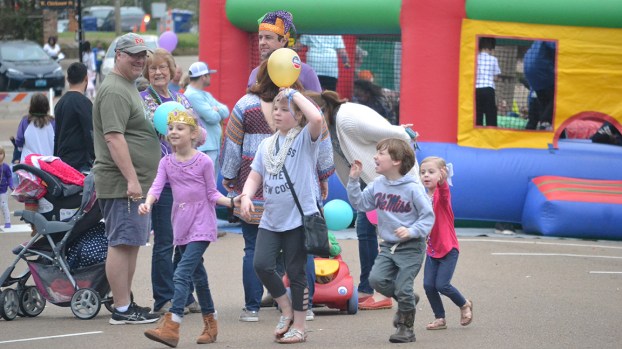 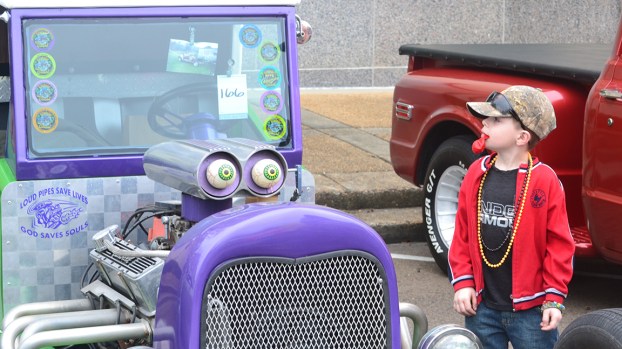 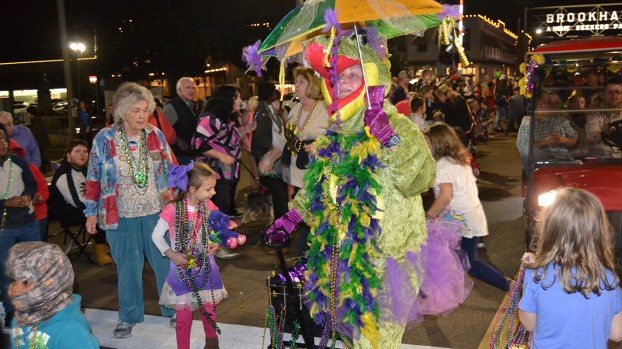 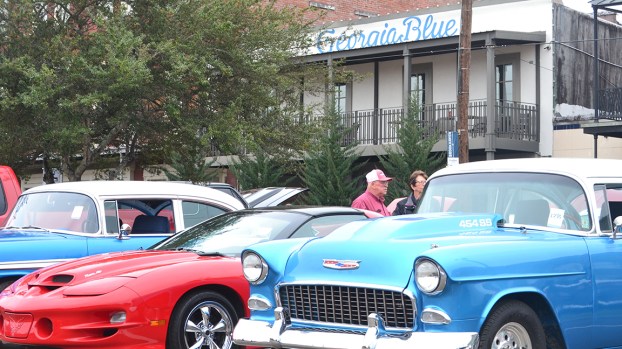 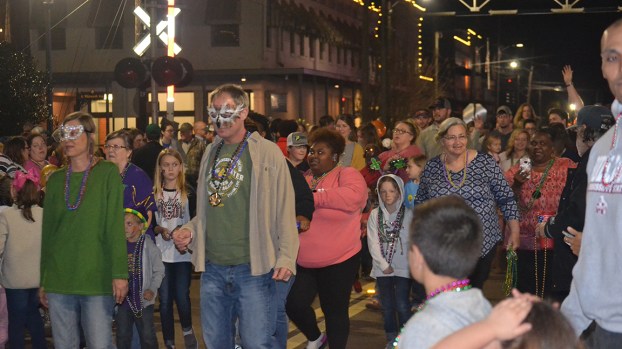 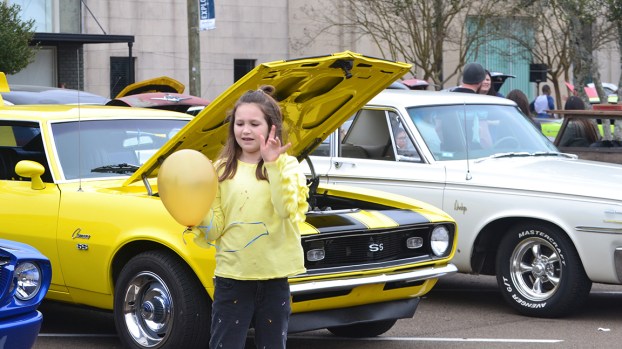 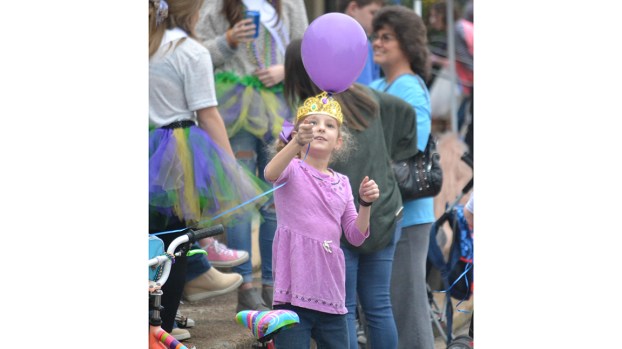 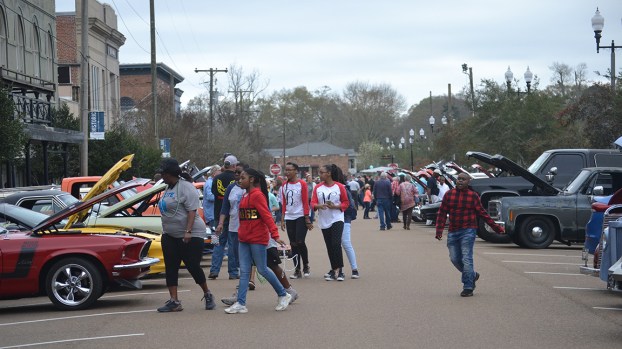 The car show saw more than 230 entries with dozens of awards and door prizes given, said organizer T-Tommy Smith. Participants traveled from several states to enter with one coming from Illinois, he said.

As the last cars pulled out after the show, organizers with the Brookhaven-Lincoln County Chamber of Commerce revved into action to get inflatables in place at the end of Railroad Avenue. Businesses planning open houses got set up frying beignets and getting supplies ready for the face painting.

Chamber Ambassadors passed out Mardi Gras throws for several hours leading up to the parade, including 600 purple, gold and green bracelets from Butterfield Mansion.

“What a blast,” said Chamber Program Director Katie Nations. “Thank you to our community for supporting this event. We will work hard to make it even bigger and better next year.”

The Mardi Gras event also included a mask-making station at the Lincoln County Public Library and a bike decorating station near the post office. The Second Line Parade headed down Cherokee Street at 6:30 p.m. and ended at a street party at Railroad Avenue and Cherokee with The Bridge Band until 9 p.m.

Several awards were announced at the conclusion of the car show. Those included People’s Choice to John Hillard of Houghton, Louisiana, for his 1955 Chevy Bel Air; Chamber’s Choice  to Bo Blount of Shreveport, Louisiana, for his 1966 Chevy Nova; Mayor’s Choice to Ed Stolpe of Union Church for his 1934 Ford; Firemen’s Choice to Jerrie Barnes of Silver Creek for a 1966 Chevy truck; Police Choice to Hayden Smith of Brookhaven for a 1967 Chevy  RS/SS Camaro; Fielder’s Pro Shop Choice to Roger Pepper of Brookhaven for his 1955 Chevy Bel Air; President’s Pick to Greg Edmondson of Florence for his `962 Ford Country Sedan; and Ladies’ Choice to Marty Dickson of Mt. Olive for a 1969 Chevrolet Chevelle. Awards were also given for longest distance, which went to Richard Rose of Cobden, Illinois, and Club Participation to Tri County Cruisers with 22 participants.