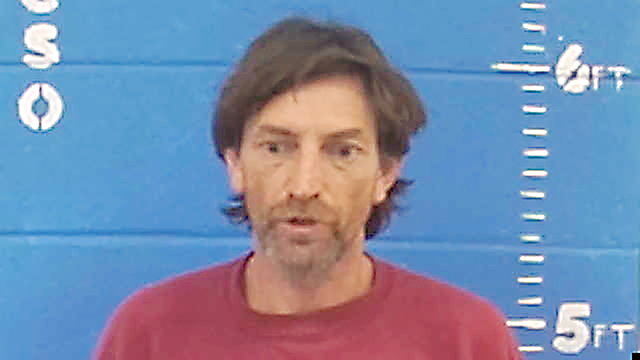 A 48-year-old Bogue Chitto man is accused of shooting through a door of a residence during an “ongoing dispute” with a woman inside the home, authorities said.

Chadwick Clay Coghlan, of 205 Hart Trail, was arrested at his home Thursday on charges of shooting into a dwelling and domestic aggravated assault, said Lincoln County Sheriff Steve Rushing.

The shooting allegedly occurred Tuesday at shortly before 1:30 p.m. at a residence on Bogue chitto Road, he said.

Coghlan allegedly arrived at the residence and argued with the woman and the male homeowner, Rushing said. She went into the home and he shot at the door with a shotgun, he said.

The woman filed charges at the sheriff’s office Wednesday.

“They claim he came by there and shot in the door,” Rushing said. “Then he fired a shot off through the door towards her. Nobody got hurt in it but they filed charges on him.”

Investigators documented a bullet hole in the door.

Rushing said the case will be presented to a Lincoln County grand jury.