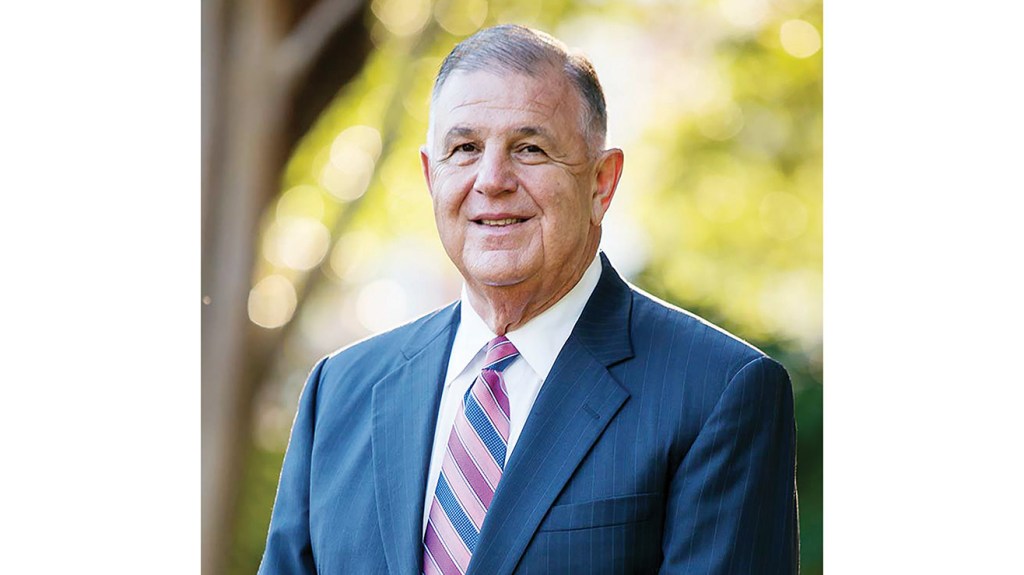 Mississippi College President Blake Thompson announced that athletic director Mike Jones will return to the bench for his 17th season as the head coach of the men’s basketball program.

Jones is a native of New Hebron, and is married to the former Jane Cooper of New Hebron. They have two children and six grandchildren.

“I am excited that Mike Jones has agreed to return to his calling of coaching,” said Thompson. “I have come to know him as a leader on our campus and his love for our student-athletes is exemplary.”

Jones, a 2018 inductee into the Mississippi Sports Hall of Fame, steps back onto the sidelines of the court that bears his name following 15 years of service solely as the athletic director for his alma mater.

“I’m looking forward to the opportunity to get back on the bench and coach again,” Jones said. “As Dr. Thompson and I reviewed the program, he approached me about returning to the sidelines. I spent a lot of time in prayer and felt the Lord steering me back to lead this team.”

“Mike is an excellent basketball coach and athletic administrator,” Thompson went on. “He will continue to serve as our Athletic Director, and I look forward to cheering on the Choctaw men’s basketball program as they return to national prominence under the leadership of Coach Jones. I am also thankful for Coach Don Lofton’s long-time service and he shares our excitement for the upcoming season.”

Prior to his time at Co-Lin, Jones spent eight seasons as an assistant coach at the University of Southern Mississippi under the direction of legendary head coach M.K. Turk, who is still the all-time winningest coach in Golden Eagle history.

Jones began his coaching career at MC where he was a graduate assistant and was responsible for all scouting and recruiting. He earned his Bachelor of Science in Education at MC in 1975 and received his Master of Education in School Administration in 1977.