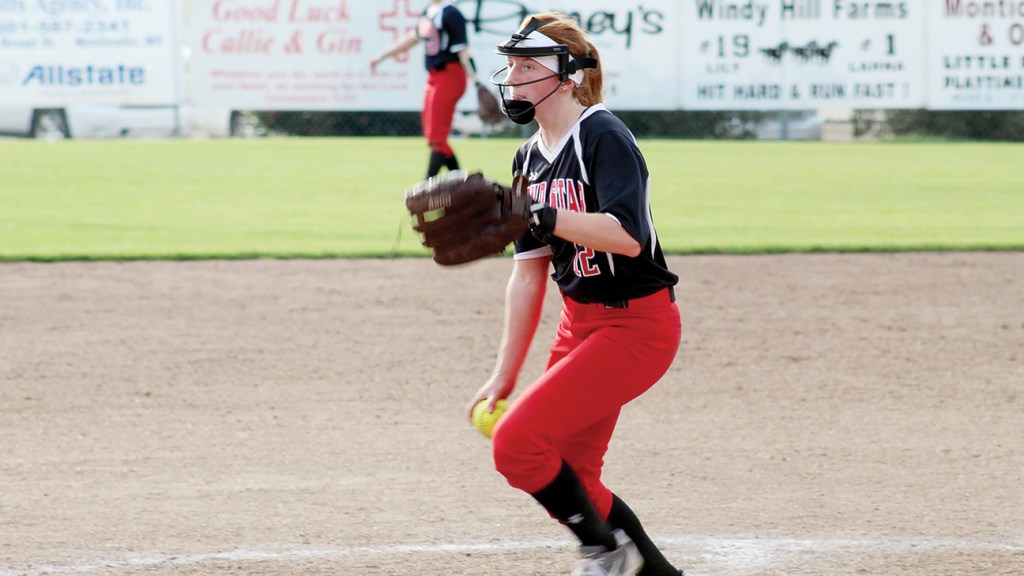 Photo by Katie Furr Loyd Star pitcher Aly Floyd gave up four hits in five innings on Tuesday as the Lady Hornets took a 11-1 win in their Region 7-2A opener against Enterprise.

The Loyd Star Lady Hornets (8-3) scored eight combined runs in the first two innings Tuesday as they opened Region 7-2A play with an 11-1 win over the Enterprise Lady Yellow Jackets (1-6).

Ainslee Jergins of Enterprise doubled to begin the game for coach Trace Abdul-Hadi and would then score on a Belle Porter single.

Loyd Star pitcher Aly Floyd would settle in after that to only give up two more hits in the game as she struck out two and walked one while throwing 50 pitches over five innings.

A passed ball and an error would put the first two Loyd Star runs on the board in the second inning. Later in the inning Floyd would score Johnna Norman and Alyssa Leggett to make the lead 4-1.

A two-run homer by Meagan Poole in the third inning grew the lead to 6-1. Another Enterprise error and a Baylee Zumbro single resulted in another two runs in the third. Enterprise finished the game with 10 errors and Loyd Star made two.

Poole led the LS offense with three hits and two RBIs. Zumbro also had two hits for coach Jan Delaughter. Natalie Harris took the loss after giving up six earned runs on seven hits. Harris also finished with a pair of hits at the plate.

“We made a few mental errors on defense, but overall we played well,” said Delaughter. “Megan Poole hit it well for us.”