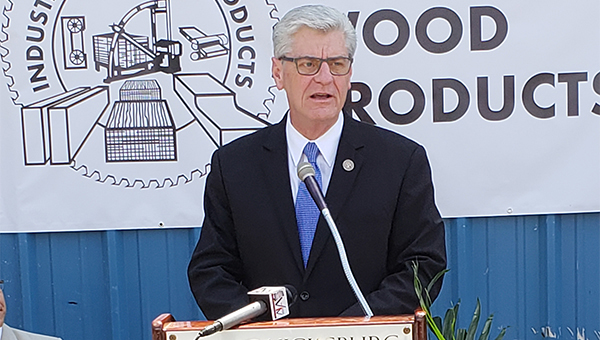 JACKSON (AP) — Mississippi Gov. Phil Bryant on Thursday signed one of the strictest abortion laws in the nation — a measure that bans most abortions once a fetal heartbeat can be detected, about six weeks into pregnancy.The New York-based Center for Reproductive Rights called the measure “cruel and clearly unconstitutional” and said it would sue Mississippi to try to block the law from taking effect on July 1. Bryant’s action came despite a federal judge’s decision last year striking down a less-restrictive law limiting abortions in the state.

After a bill signing ceremony at the state Capitol, Bryant told reporters that he’s not worried about lawsuits.

“They don’t have to sue us. It’s up to them,” Bryant said. “If they do not believe in the sanctity of life, these that are in organizations like Planned Parenthood, we will have to fight that fight. But it is worth it.”

Mississippi is one of several states that have considered bills this year to ban abortions once a fetal heartbeat is found. Abortion opponents are emboldened by new conservatives on the Supreme Court and are seeking cases to challenge the court’s 1973 ruling that legalized abortion nationwide.

A federal judge in 2018 struck down a Mississippi law that would ban most abortions after 15 weeks of pregnancy, saying it is unconstitutional.

“Lawmakers didn’t get the message,” Hillary Schneller, staff attorney for the Center for Reproductive Rights, said in a statement Thursday. “They are determined to rob Mississippians of the right to abortion, and they are doing it at the expense of women’s health and taxpayer money. This ban — just like the 15-week ban the governor signed a year ago — is cruel and clearly unconstitutional.”

The law that Bryant signed Thursday says a physician who performs an abortion after a fetal heartbeat is detected could face revocation of his or her Mississippi medical license. It also says abortions could be allowed after a fetal heartbeat is found if a pregnancy endangers a woman’s life or one of her major bodily functions. The House and Senate both rejected efforts to allow exceptions for pregnancies caused by rape or incest.

Georgia and Tennessee are among the states considering similar bills. Kentucky’s law banning abortion after the detection of a heartbeat was immediately challenged by the American Civil Liberties Union when Republican Gov. Matt Bevin signed it on March 14, and a federal judge temporarily blocked it. A federal judge on Wednesday also blocked another Kentucky law that would ban abortion for women seeking to end their pregnancies because of the gender, race or disability of the fetus.