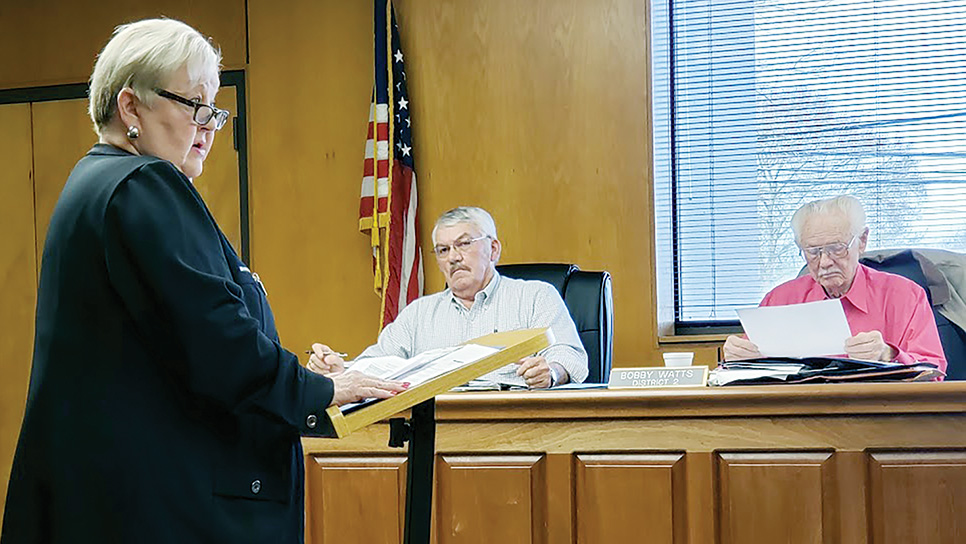 Lincoln County supervisors will make decisions Wednesday that will change the cost of insurance for employees.

Armed with spreadsheets and reports from county insurance consultant Sylvia King, who has been negotiating with current carrier United Healthcare, plus pitches from Les Smith of L.S. and Associates Monday and Richard Cothern of Gulf Guaranty last week, they want to choose the plan that will save the county the most money.

The board will meet at 9 a.m. Wednesday in the boardroom of the Brookhaven-Lincoln County-Brookhaven Government Complex.

Last week, King, of Sylvia King Insurance, told supervisors United Healthcare was hitting the county with a 25 percent rate increase. The company had not raised rates in several years, but was following the lead of other companies feeling the pressure of the health insurance tax caused by the Affordable Health Care Act.

On Monday, King said she’d managed to negotiate a discount of 6.7 percent, which will cause premiums to still increase, but not by as much.

As of December, United Healthcare has paid $450,000 on prescriptions in 12 months.

“It’s hard to save any money when you’ve got that kind of utilization,” she said.

United Healthcare is also the only insurance company that will accept Lincoln County employees.

King doesn’t recommend lowering the deductible past $1,000, which it would be if the county goes with an additional gap plan or secondary plan.

“I’m trying to get your plans down and that’s inviting abuse. We’ve got enough abuse on the plan already. We do not need to be considering lowering deductibles,” she said.

King brought in Cothern, president of Gulf Guaranty, to pitch a MedPlus gap plan to supervisors last week. He has not had a chance to update his pitch with the new United Healthcare discount.

Before King announced the discount, Smith with L.S. and Associates, at the invitation of District 5 Supervisor Doug Falvey, pitched his services with a secondary plan to go with United Healthcare’s plan.

“If the claims don’t slow down, none of this is going to help you,” she said. “It’s going to be a temporary savings to a permanent problem. We have so many sick people. I don’t see it slowing down.”

The county has 100 percent participation by employees in the plan. That’s 139 individuals plus dependents.

Falvey said he was discussing that with county administrator David Fields last week.

“We can help ourselves with what kind of people we hire,” he said Monday. “That’s our choice as to who we hire, and if you go out there and hire somebody with a health problem it’s going to cost us money in the end.”