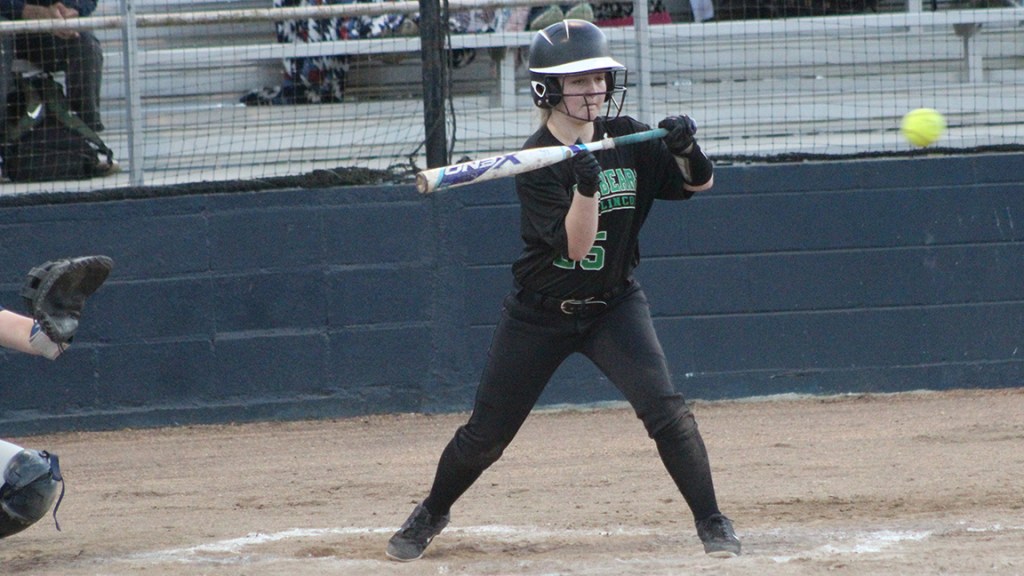 In a game that featured no home runs, it came down to which team could bring the winning run across home plate in a high-pressure situation.

Trailing for most of the game, the Lady Bobcats used a seven-inning rally to force the game into extra innings. Having the last at bat favored the Lady Bears as they were eventually able to win the game.

“I’m really proud of the girls for fighting the whole game,” Lady Bears coach Andrew Redd said. “I’m proud of the fact that the girls didn’t just give up there at the end. They did an outstanding job finishing out the game.”

The Bogue Chitto Lady Bobcats led the game 2-0 after the first inning was completed.

The Lady Bobcats scored two runs in their half of the first as Julie Anna Bartram knocked a two-run RBI single into left field.

The Lady Bears didn’t get onto the scoreboard until their half of the second off Maddox Redd’s RBI single.

The Lady Bears took their first lead of the game in the bottom of the third.

With two runners on and one out, Lady Bears Camryn Summerall gave her team the lead off a two run RBI triple.

Up 4-2 heading into the West Lincoln half of the fifth, the Lady Bears added one more run as Bailee Goodson belted an RBI single into deep center field.

WL tacked on two more runs in the sixth to lead 7-2.

With loaded bases and one out, Adi Paden — who was pitching for the WL — helped her cause by bringing in a run on an RBI single. Summerall later brought in another run on a fielder’s choice.

The Lady Bobcats refused to give up as they fought their way to a tie game in the top of the seventh.

Taking advantage of a few errors by the Lady Bears, BC pushed a run across home plate.

Batting with one out, Baileigh Jackson belted a two-run double. Bartram would follow with a hard-hit ball into deep left field, bringing in a run. Alece Nettles tied up the game with her RBI single.

The Lady Bobcats took the lead in their half of the eighth off an error by West Lincoln.

Down 8-7, the Lady Bears tied it up at 8-8 after Morgan Newman dropped in an RBI single.

The game ending hit for WL would come from one of the youngest Lady Bears on the team as eighth grader Mailey Kate Young stepped up and hit an RBI single to end the game.

“I’m proud of the girls for battling hard and fighting back into the game,” Lady Bobcats coach Kris Smith said. “You got to give West Lincoln a lot of credit. They came through in the clutch and made the play they needed to win. Being able to score five runs in the seventh says a lot about the girls and the way they never gave up.”

Adi Paden picked up the win for the Lady Bears going eight innings while allowing seven runs on eight hits and striking out two.

Codi Leggett took the setback for the Lady Bobcats going seven innings while allowing eight runs off 11 hits while striking out six.