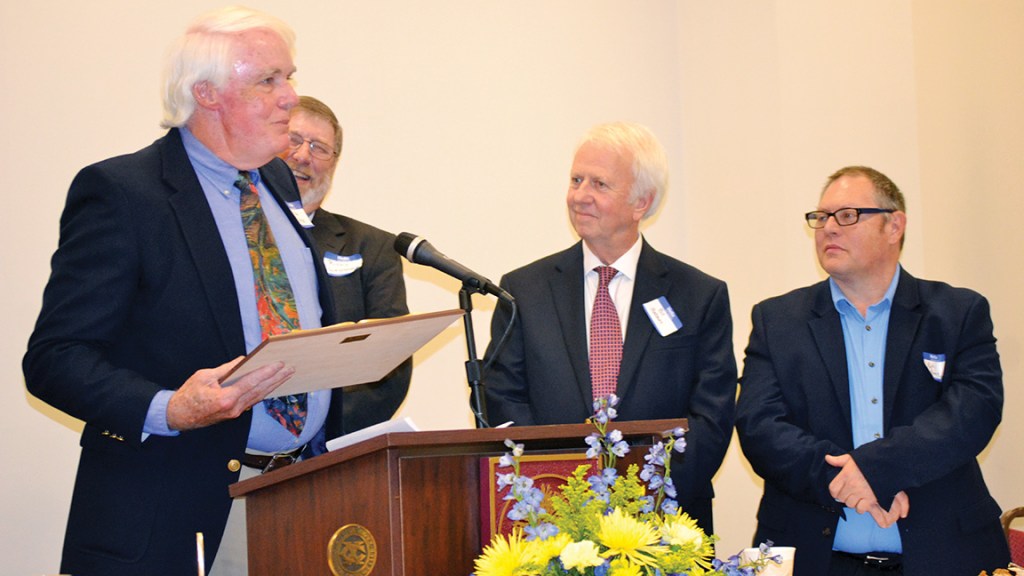 The search is on for a golden winner.

Members of the Brookhaven Exchange Club are looking for someone worthy of having their name written in the Book of Golden Deeds. They are taking written nominations until April 17.

Organizers hope to find someone who gives endless hours of their time and talents to make their community a better place to live. It’s important to choose a person who is sincere about helping the community, has an exceptional track record of continued, unselfish giving and enjoys volunteering to help others, said Golden Deeds committee chair Ricky Lagrone.

Members will cull through the nominations and eventually narrow it down to one person, who will be surprised with the award — if things go as planned — at the annual Golden Deeds banquet.

Last year’s winner, Jim Dyess, showed up the banquet as a favor to his friends, Jill and Bob Logan. He wanted to see his buddy — Jill’s father Frank Burns — receive an honor by the club. But instead, the retired engineer was surprised with the Golden Deeds bronze plaque and recognition for his service to the community.

“This award is the highest award the club can present an individual for the deeds he or she has done for the community,” Lagrone said at the banquet.

This year’s winner will be recognized at the 72nd annual Golden Deeds banquet April 26 at Homestead at Brookhaven Nurseries. The banquet is for Exchange Club members, invited guests and past Golden Deeds winners.

Besides the Golden Deeds award winner, Exchange Club members will be honored with attendance and service awards and one outstanding member will receive the John L. Leary award.