Wolves split with Northeast on road 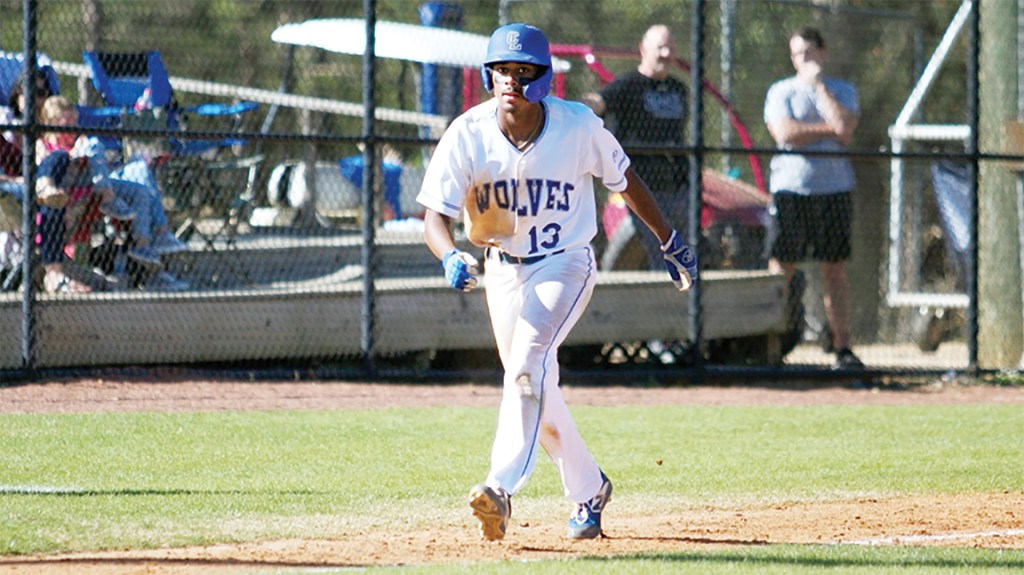 Photo by Co-Lin Sports Information Copiah-Lincoln freshman Trey Frierson and the Wolves are back at home Saturday when they host the Coahoma Tigers (13-11) for a pair of games beginning at 2 p.m. on Sullivan Field.

The Wolves grabbed the lead late in game one after scoring four runs in the eighth inning to help lift the team to victory.

Co-Lin was first on the board after an error and Joshua Day drawing a bases-loaded walk put the Wolves up 2-0.

The Tigers evened the game at 2-2 in the bottom of the frame with a sac fly and a solo homer, before Co-Lin would once again get the upper hand in the top of the fourth. The runs came on an RBI single from Day, and Trey Frierson stealing home. The two runs put Co-Lin on top 4-2.

The back-and-forth play continued as the Tigers hit their second long ball of the day in the bottom of the sixth. The two-run shot from Anthony Lipsey once again tied the contest.

Co-Lin broke the game open in the eighth with a pair of RBI singles from Day and Ryan Zimmerman. Day crossed the plate later on an error, while Zimmerman would come across on a wild pitch. The exciting frame put the Wolves in control 8-4.

Austin Tidwell pitched the Wolves to victory as he allowed four hits and five runs over four innings, striking out six. Thomas Smith threw one inning in relief out of the bullpen, while Addie Goodman threw four.

Day led the team at the plate with three hits in four at-bats with a team-high two RBIs. Day also drew two walks on the day. The Wolves racked up 13 hits in the contest.

Co-Lin outhit the Tigers in the nightcap, but Northeast was able to escape with a 10-4 victory.

The Wolves were on the board early as Brooks Italiano and Konner Allen both drove in runs with RBI singles, but Northeast quickly hit back with two RBI-groundouts in the bottom of the opening frame.

The Tigers pulled away to a 4-2 lead in the third after stealing home and hitting a sacrifice fly.

Co-Lin brought the game back to one run with another RBI single in the fourth from Day. The hard-hit ground ball scored Thomas Slagle who doubled earlier in the inning.

An error gave Northeast another run in the fourth and a solo homer, a pair of RBI doubles and an RBI groundout all in the fifth put the Tigers in control with a 10-3 lead.

Frierson got one back for the Wolves in the sixth with an RBI single, but the Tigers went on to secure to the win.

Conner Ingram took the loss for Co-Lin as hallowed five hits and eight runs over four and a third innings, striking out two. Tucker Jones, Cameron Hill, Zach Smith and Bryce Henry all saw action on the hill for the Wolves in relief.

Frierson continued his hot streak at the plate with three hits to lead Co-Lin. Day, Italiano, Allen and Fierson all collected one RBI each.