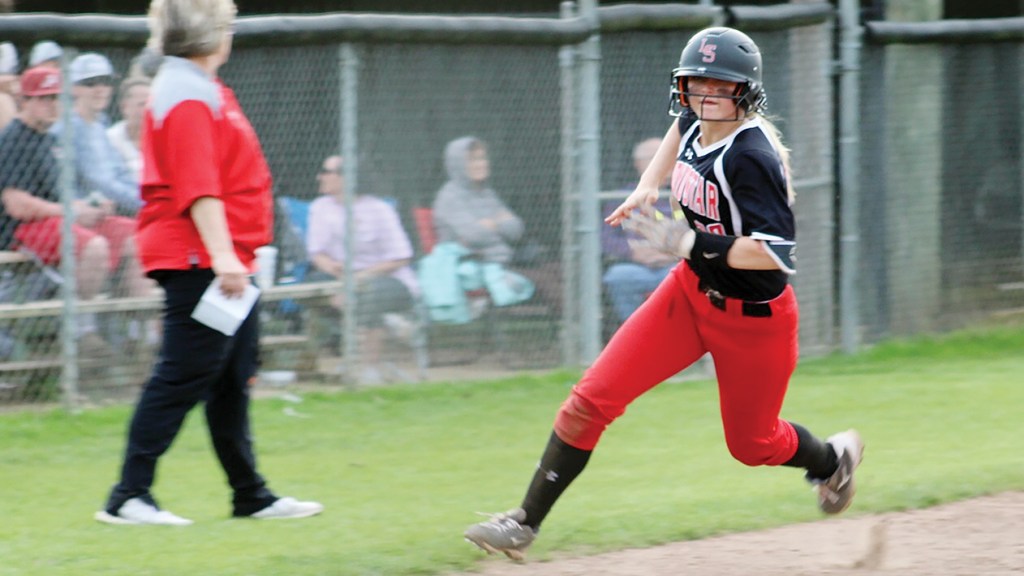 The Loyd Star Lady Hornets (15-4, 5-0) won the Region 7-2A softball title Tuesday night by defeating West Lincoln 10-7 in their second matchup of the season.

In a high-scoring game, the Lady Hornets took an early lead and never looked back. The Lady Bears made things interesting in the fifth inning, as they started to rally from behind, but several costly errors hurt the West Lincoln cause.

As the game started, both teams wasted no time getting on the scoreboard.

West Lincoln (9-4, 2-3) leadoff batter Morgan Newman got the game started for the Lady Bears by launching a double into deep center field.

Camryn Summerall then scored Newman on an RBI single into left field to put WL up 1-0.

Loyd Star responded in their half of the frame. Leadoff batter Carson Hughey hit a single before Malori Cade drew a walk.

Megan Poole scored both Hughey and Cade on a two run RBI double. Johnna Norman scored Poole later in the inning by notching an RBI single.

Down 7-1 heading into the fifth inning, the Lady Bears rallied back for a five-run inning to cut the lead to a single run.

Bailee Goodson of WL hit a bases-loaded single that scored one run. A Hedi Smith walk then scored another. Bailey Wilson singled to score two more runs, followed by a Maddox Redd RBI sacrifice that cut the LS lead to 7-6.

The Lady Hornets quickly responded with a run off a WL error and a two-run RBI double by Cade in the bottom of the fifth.

West Lincoln scored their final run of the game in the top of the sixth off a home run over the left field fence by Summerall.

“We had the big inning in the fifth,” Lady Bears coach Andrew Redd said. “That got us back into the ball game, but Loyd Star was able to score a few runs after that which hurt us. I’m proud of the girls for staying in the game.”

Hughey picked up the win for the Lady Hornets going seven innings and allowing seven earned runs off 10 hits.

Avery Paden pitched in relief going 1.2 innings allowing one hit and recording one strike out.