It’s a day of decision for seniors 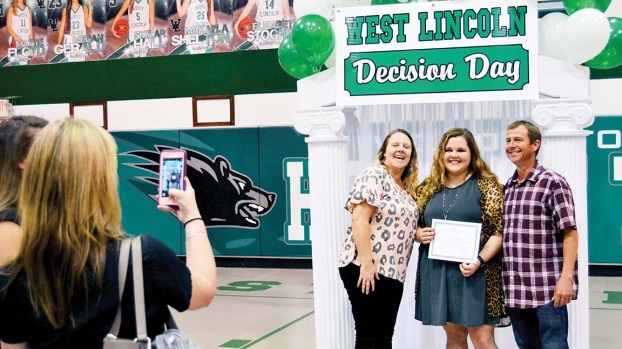 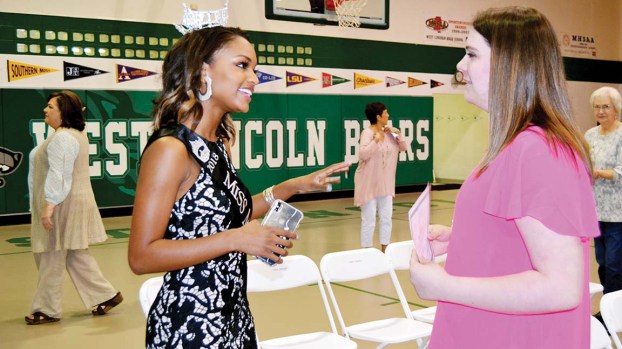 A young woman who failed twice before achieving her dream of becoming Miss Mississippi inspired the senior class of West Lincoln Attendance Center to push past obstacles and make decisions that will clear their path.

“Things are not always going to be easy in life,” said Asya Branch of Booneville, speaking to the seniors Friday in Jack Case Gymnasium during the third annual Decision Day.

She told them to expect blocks in the way that could cause them to stumble. Obstacles are there to be overcome.

Choices will become more important as they grow older.

“Make the right ones and the world is yours,” she said.

Branch was the featured speaker at the school’s recognition ceremony that honors seniors who are choosing a college or career path. The ceremony included a performance by the third-grade choir, directed by Dedra Edwards, singing “You Say” by Lauren Daigle.

Principal John Shows brought Decision Day with him when he came to West Lincoln three years ago. It allows seniors to make a public declaration of their intentions after graduation in front of their parents, family and the high school student body.

Representatives — either college recruits or former Bears now attending — presented their incoming freshmen with a certificate to acknowledge the choice.

Shows invites the ninth-graders to attend because they’re already making choices that will affect their lives post-graduation. The juniors come because they’ll be in the hot seats next year, waiting for their names to be called for recognition.

Third-graders attended this year, partly to sing but also to see what their future may hold.

Seniors Jatavian Lewis and Trevor Murray both chose to go to Co-Lin in the fall.  Lewis is undecided on a course of study, but Murray has his sights on a career as an electrician.

“They have a really good electrician program there,” he said.

Because Lewis hasn’t settled on a career, he figures starting at Co-Lin will give him options and time to decide.

“It’s closer and I feel like I’ll be more comfortable there,” he said.

Jan Thornhill took photos of her daughter, Kayla, with her cell phone, and posed with her for a few.

She’s happy the school decided to honor the students for whatever choice they make.

“I just think West Lincoln is really special. They treat their seniors like they should be treated,” she said.