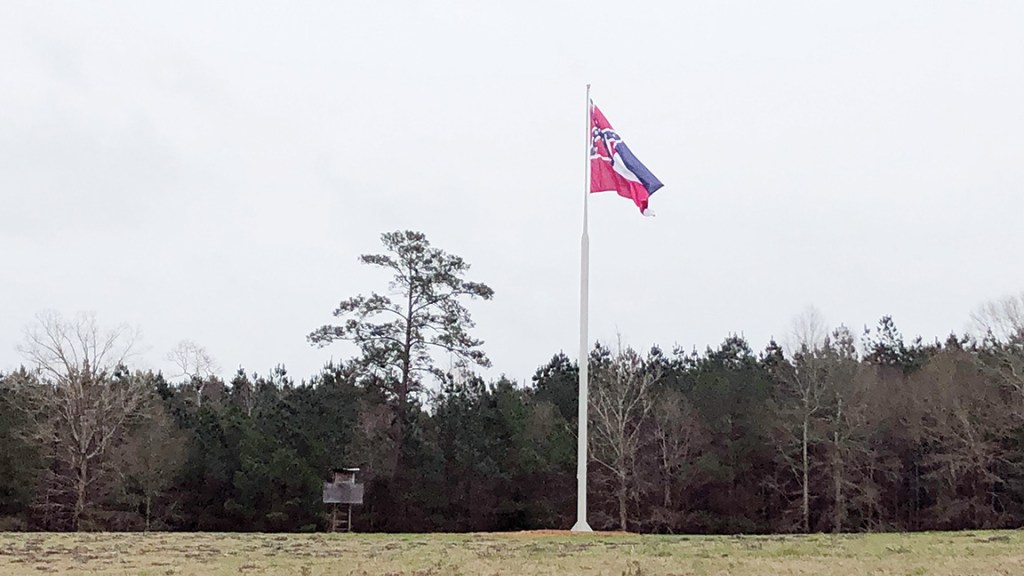 The Third Brigade of the Sons of Confederate Veterans is hoping you notice the large Mississippi flag off I-55 in Lincoln County.

In fact, they are inviting the public to a dedication event May 5 for the 20-by-30 foot State of Mississippi flag on an 83-foot pole just off exit 38. The event will feature historians and historical re-enactments, live fire of civil war muskets and cannons and a dedication of the flag, featuring speaker Susan Lee, founder of the Virginia Flaggers.

The Virginia Flaggers stands “against those who would desecrate our Confederate monuments and memorials and for our Confederate veterans,” according to its Facebook page.

Confederate monuments and symbols have come down across the nation as individuals and groups pushed governments to remove them. Protesters have damaged or removed statues as well.

The Virginia Flaggers have fought to keep monuments and Confederate flags up.

In Mississippi, the state flag has been contentious recently with several cities, universities and groups refusing to fly it. The flag contains the Confederate battle emblem. Bills filed this legislative session to either remove the emblem from the Mississippi flag or to require universities or public entities to fly the flag died. As in recent years, the House Rules Committee chairman, Republican Rep. Jason White of West, said there was no consensus on either side of the flag issue.

Lee has said that those who want Confederate monuments removed are “Godless radicals” and “liberals” who “hate us because of our Christian faith. The South was a Christian nation.”

Aubrey D. Everett of the Third Brigade said the state flag was important and should be flown.

“Mississippi has accomplished a lot. We have a lot to be proud of.  Our history is import. I hope people look up at this flag and think about how beautiful it is,” he said.  “We support the flag and all that it means.”