He found success through adversity 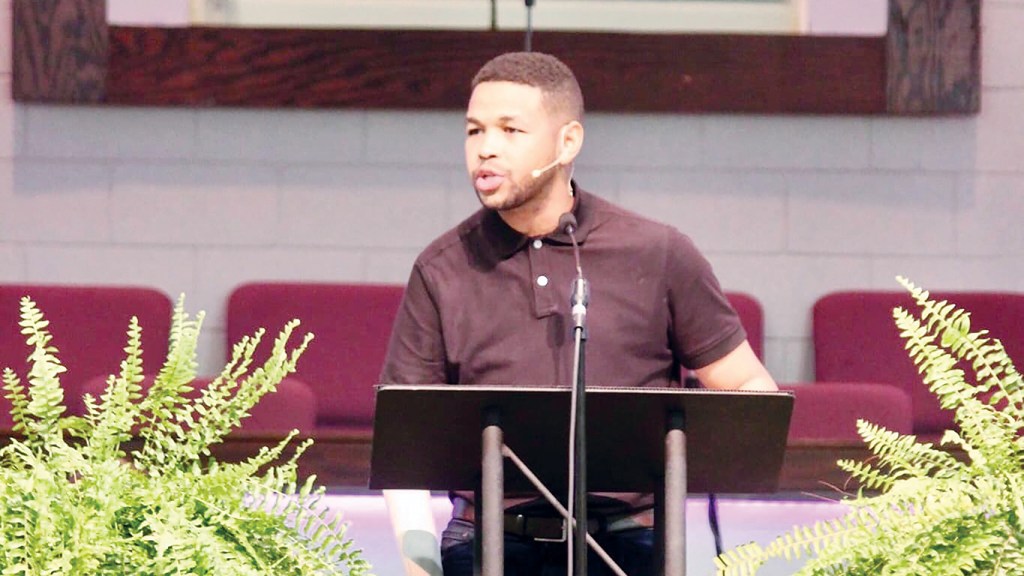 Inquoris “Inky” Johnson is a competitor. The more you learn of his story, the more you understand it is one of his defining qualities.

Johnson brought his story to Brookhaven Thursday for the Fellowship of Christian Athletes District 7 banquet. The event was at Easthaven Baptist Church.

Johnson was one of 14 people living in a two-bedroom house in eastern Atlanta. Like most young boys his age, he dreamed of playing sports on the professional stage. His motivation was to beat the odds and be able to support his family.

“I didn’t want to become a statistic. I wanted to break the generational curse on my family and attend college,” he said.

As a result of his hard work, dedication and competitive drive, Johnson reached one of his goals of playing college football. While playing football in the SEC and on a national stage was a dream come true, he discovered quickly a benefit that he had never been afforded in his young life: his own bed to sleep in. He went on to become the starting defensive back for the University of Tennessee and played for Phillip Fulmer.  After a promising collegiate career, the NFL was within reach and seemed to be clearly in his future.

All of that changed on Sept. 9, 2006, in Knoxville when his Volunteers played an early season game against Air Force Academy. While making a routine tackle against a Falcon receiver, Johnson felt his breath leave his body. In a moment his world, and everything he had competed for, had changed.

As he puts it, “You go from feeling like on top of the world, to the world is on top of you.”

The hard hit he took caused significant damage to his shoulder and right arm, rupturing his clavian artery, near the collar bone. The injury would require emergency surgery to save his life due to the internal bleeding. The most lasting and visible reminder of the injury is the resulting paralysis of an arm. Painful recovery, rehabilitation and emotional healing had to take place in this season of his life.

For many, this would be the end of their story, but not Johnson. Remember, we are talking about a competitor. For him, the injury is his middle chapter. With the dream of playing professional football gone, he now faced the question what his future would hold. One thing the devastating injury could not take away was his faith.

To use his expression, “he trusted God even when he could not always trace God.” Through this period in Johnson’s life, his father played a more important role. His dad had always been proud of his son’s accomplishments on the football field, but it was only after the injury did he fully appreciate and value the character and integrity of his son.

In the aftermath of Inky’s injury, his dad quietly witnessed his steadfast faith and unwavering commitment to God and his Christian faith. As a result, Inky’s dad became a Christian. Through great adversity, God had done something even greater.

“Life is the greatest classroom,” Johnson said. “I would not change any of it if I could. If I had to choose an NFL contract on one hand or my father’s salvation, I would choose my father’s salvation every time. I would go through that injury 10 more times if it meant my dad coming to faith in God.”

He realized in the aftermath of his injury there are some lessons you attain without realizing it. His mother and grandmother who helped raised him as a child never had dreams of seeing him play professional football. Their dreams were to mentor a young man to become a responsible, caring and giving individual. In many ways, in the eyes of the ones that loved him the most, he already achieved success.

When asked about his relationship with God before and after the injury, his response is honest and revealing.

“Before that day I would say I was in an affair with God. After that day, I became committed to him in a relationship. The injury developed my faith like nothing else ever has. I was never angry about the injury,” Johnson said. “I thought I had to repay my mother and grandmother with money for raising me with an NFL contract. What I didn’t realize was that how they raised me to respect others and give back was paying them back enough.”

It has been over 12 years since the injury, and it will always be a part of Inky Johnson’s story. However, it will not be his last chapter. He went on to earn both his undergraduate and graduate degrees from the University of Tennessee. He travels around the country as an inspirational speaker and is an author. He and his wife Allison live in Atlanta, Georgia, with their children Jada and Inky Jr.

The Inky Johnson story continues every time he takes the stage and even on film. Recently, ESPN produced a “30 for 30” documentary on his life. He received a phone call that the project was being nominated for an Emmy. His first thought? “Who am I competing against in the category?” Yes, Inky Johnson is a competitor but he is also a champion and an inspiration to all who come in contact with him.

Story by Bobby McKay, special to The Daily Leader