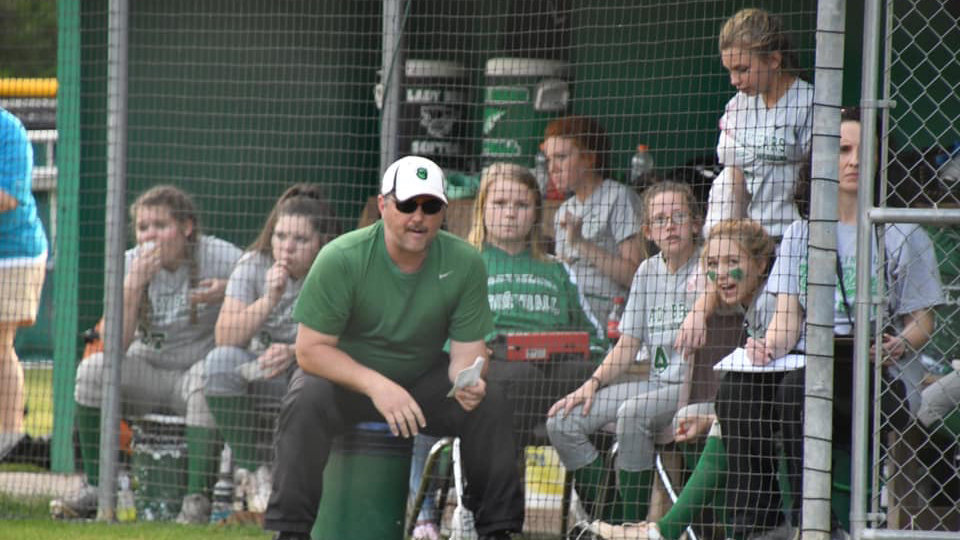 Photo by Stacy Leake Coach Andrew Redd and his Lady Bears will begin the playoffs on April 19 as the No. 3 seed out of Region 7-2A. West Lincoln is scheduled to play at Wesson on Monday in their regular season finale, weather permitting.

The West Lincoln Lady Bears (11-4) finished the regular season portion of their home schedule Thursday with an 8-0 shutout of 5A Vicksburg.

The Lady Bears jumped out in front early in the game and never looked back. Despite the Lady Gators getting some hits, they seemed to be unable to hit the pitching of West Lincoln senior Averi Paden.

“I thought we played good on defense and that (Averi) Paden did a good job on pitching,” Lady Bears coach Andrew Redd said. “It felt like we started to get a little lazy with the bats as the game went on. We didn’t have good pitch selection in the middle innings and that came back to hurt us as it cost us some runs. I felt like we should’ve ended the game earlier than what we did, but overall I was pleased with the way the girls played.”

The Lady Bears’ bats started off hot in their half of the first. Adi Paden got things started with a double into left center field. Camryn Summerall followed with a double. Adi Paden scored off a Lady Gators’ error for the game’s first run.

Bailee Goodson kept the scoring going with an RBI triple. Micah Powell added to the Lady Bears’ score with her two-run RBI single.

Following a walk by Maddox Redd, Deanna Lofton would finish the inning with a two-run RBI triple.

The Lady Bears were up 6-0 after one full inning of play.

Despite loading up the bases in the third, the Lady Bears were unable to come away with any run, keeping the game at 6-0.

West Lincoln tacked on two runs in their half of the fourth.

Adi Paden led off the fourth with a walk. Summerall followed with a bunt single.

Goodall would score Paden on an RBI double. Madison McNatt scored the innings last run off an RBI single.

The Lady Gators threatened to spoil the shutout in the seventh inning, loading up the bases with two outs, but the Lady Bears were able to get the last out on a baserunner interference to preserve the shutout.

Averi Paden picked up the win for the Lady Bears going seven innings giving up 4 hits while striking out eight batters.

West Lincoln will travel Monday to Wesson to take on the Lady Cobras.  First pitch is slated for 6:15 p.m.