Watching the flames at Notre Dame 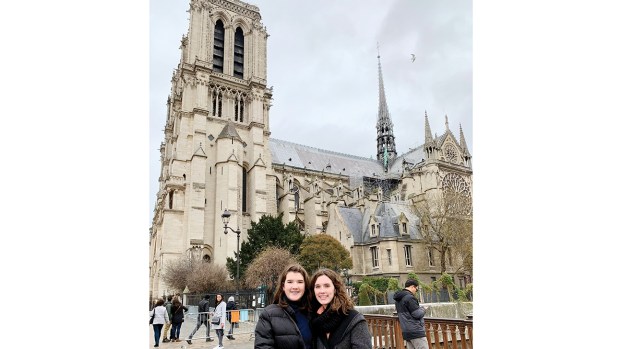 Photo submitted Paige Anderson of Wesson snapped several photographs of the historic church when she and her husband, Tim, and daughters Emma, 17, and Ava, 13, visited France at Christmas. Pictured are, from left: Ava and Emma Anderson. 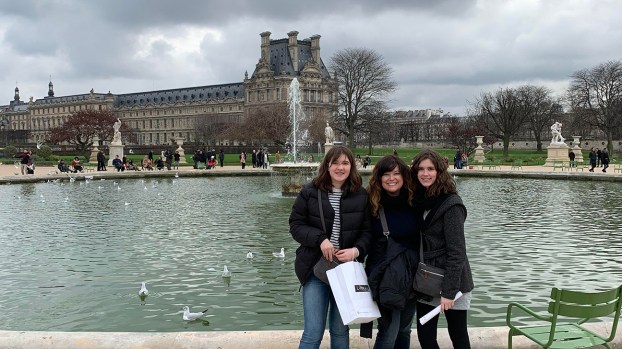 Photo submitted Paige Anderson of Wesson snapped several photographs of the historic church when she and her husband, Tim, and daughters Emma, 17, and Ava, 13, visited France at Christmas. Pictured are, from left: Ava, Paige and Emma Anderson.

Paige Anderson, who owns Blackbird Photography, snapped several photographs of the historic church when she and her husband, Tim, and daughters Emma, 17, and Ava, 13, visited France at Christmas.

A massive fire spread through the upper reaches of Paris’ soaring Notre Dame Cathedral as it was undergoing renovations Monday.

The blaze collapsed the cathedral’s spire and spread to one of its landmark rectangular towers, but Paris fire chief Jean-Claude Gallet said the church’s structure had been saved after firefighters managed to stop the fire spreading to the northern belfry. The 12th-century cathedral is home to incalculable works of art and is one of the world’s most famous tourist attractions, immortalized by Victor Hugo’s 1831 novel “The Hunchback of Notre Dame.”

The Andersons messaged each other about the devastating loss throughout the day Monday.

“It really hits hard,” she said.

The exact cause of the blaze was not known, but French media quoted the Paris fire brigade as saying the fire is “potentially linked” to a $6.8 million renovation project on the church’s spire and its 250 tons of lead. The Paris prosecutors’ office ruled out arson and possible terror-related motives, and said it was treating it as an accident.

“One of the views from our rented apartment was of the backside of Notre Dame,” Anderson said in an email Monday. “We walked by it several times daily/nightly and visited the inside, too. We were so lucky to be able to hear the bells toll on Christmas Eve and Christmas Day.”

The Andersons spent five nights in Paris, their first visit to the city.

“It was amazing,” she said. “Just the grandeur and history was unbelievable. The stained glass glistened with the sunlight.”

Anderson said she could look out and see the Eiffel Tower on one side and Notre Dame.

“We would sit with the windows open (yes, it was very cold) and listen to the bells or watch the tower sparkle,” she wrote. “I don’t think we could have dreamed of a more perfect Parisian experience. And as pretty as the front towers are, it was just a beautiful from the back.”

Brookhaven native Laci Fowler, who lives in Nashville with her husband and two children, has a special memory tied to visiting Notre Dame.

She and her husband Bryan toured Paris for their honeymoon in 2013.

“We took the infamous children’s book ‘Madeline’ with us and let it be our guide across the city,” she wrote in an email. “Notre Dame was breathtaking — so large that I couldn’t fit the entire structure in my frame for a picture as long as I stayed on the grounds.”

She said tourists surrounded them, but it was quiet on the grounds, as everyone seemed to be fascinated by the architecture.

“We all just stared,” she said.

Fowler, an artist, said she was devastated watching the fire on the news Monday specifically because of the lost art.

“To see something so beautifully crafted fade away in a world of strip malls and fast food restaurants, it’s sad. It makes me appreciate the architecture around me a little bit more than I did this morning,” she said.

The cathedral made such an impact on Kimberly Allison of Brandon, that she raised her son on music, painting, musical theatre and the culinary arts. Her son, 19-year-old J Shipman, is a senior at Mississippi School of the Arts.

“My visit left a huge impression on me,” she said. “The news today literally breaks my heart. The memories I cherish from visiting Paris, France, at the age of 16, 35 years ago, are running through my mind today. I sat in awe watching the smoke billow and the spire tumble. My heart sank while my eyes welled with tears.”

Allison traveled to Paris with the French class from Jackson Prep in 1984 and she remembers walking through the Cathedral in awe at the stained-glass windows and “the peace I felt inside that gorgeous space.”

She looks at the loss of the cathedral as a lesson.

“I always dreamt of returning to Paris and taking my son to see it, and sadly that will never happen,” she said. “It is a great lesson in doing the things you want to do because you might not have the opportunity to do them later. It’s also a lesson that you can work an entire lifetime for an achievement but material things can fade in the blink of an eye; however, memories will stay with you forever. My heart is broken over the loss of such a magnificent, iconic structure.”

Built in the 12th and 13th centuries, Notre Dame is the most famous of the Gothic cathedrals of the Middle Ages as well as one of the most beloved structures in the world. Situated on the Ile de la Cite, an island in the Seine river, its architecture is famous for, among other things, its many gargoyles and its iconic flying buttresses.

Among the most celebrated artworks inside are its three stained-glass rose windows, placed high up on the west, north and south faces of the cathedral. Its priceless treasures also include a Catholic relic, the crown of thorns, which is only occasionally displayed, including on Fridays during Lent.

“It’s been 800 years that the Cathedral watches over Paris”, Pascal said. “Happy and unfortunate events for centuries have been marked by the bells of Notre Dame.”

He added: “We can be only horrified by what we see.”

Reactions from around the world came swiftly including from the Vatican, which released a statement expressing shock and sadness for the “terrible fire that has devastated the Cathedral of Notre Dame, symbol of Christianity in France and in the world.”

In Washington, Trump tweeted: “So horrible to watch the massive fire at Notre Dame Cathedral in Paris” and suggested first responders use “flying water tankers” to put it out.

Cardinal Timothy Dolan, the archbishop of New York, said he was praying “to ask the intercession of Notre Dame, our Lady, for the Cathedral at the heart of Paris, and of civilization, now in flames!  God preserve this splendid house of prayer, and protect those battling the blaze.” 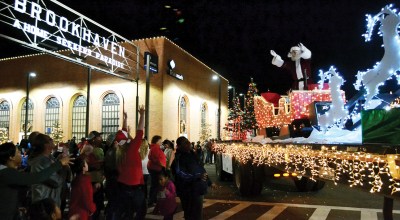