Bridges, roads are no. 1 concern for county 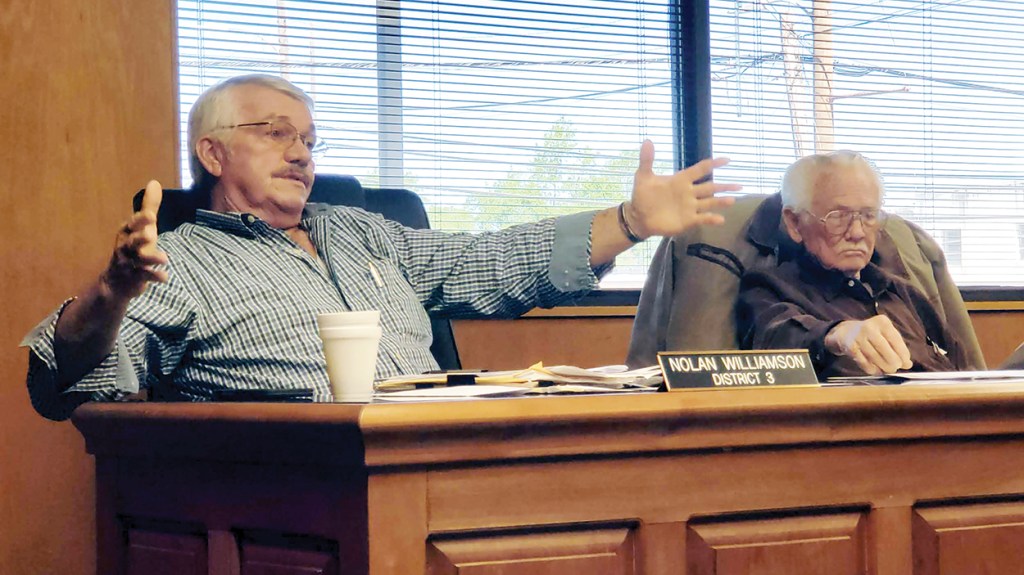 Photo by Donna Campbell District 3 Supervisor Nolan Williamson believes more state funding should come to counties for roads. “The No. 1 industry in Mississippi is agriculture and it all starts on county roads,” he said

“We’re getting close to 50 percent of our bridges being in good shape. I wouldn’t say great shape,” he told supervisors Monday. “The tide is turning. I think that’s good. If you look 12, 16, 18 months ago it was a lot different than it is now.”

Holmes gave supervisors a list of 42 bridges in February that have been repaired, replaced or removed using $887,405 in state aid, Local System Bridge Program and other sources and $3.375 million in county funds.

Hundreds of bridges in the state were closed and many were bridges with timber substructures. Lincoln County — having the second-highest amount of timber bridges in the state — was particularity hard-hit by inspections. Lincoln County supervisors diverted a $5 million bond intended for paving improvements to bridge work and have replaced, repaired or programmed fixes for dozens of bridges.”

“We’re down to 20 percent of our bridges in poor condition. So that’s encouraging. Y’all have done a lot of hard work,” he said.

Acquiring funding for roads and bridges in the county is a continuing struggle so Holmes wants to arrange a meeting between supervisors and Lincoln County’s representatives in Washington, D.C. who control the purse strings — Sen. Cindy Hyde-Smith and Congressman Michael Guest.

Board President Jerry Wilson, who represents District 1, wants to wait until county elections are over in November. He would like to see Hyde-Smith and Guest come to the supervisors for the discussion.

District 4 Supervisor Eddie Brown would also rather have the meeting here.

“I’m not going to say, ‘Jump up and go to Washington this year,’” he said.

Holmes said he could try to work around Hyde-Smith and Guest’s schedules.

“We may could just plan a face-to-face sit down with them outside of a board meeting at a time that is convenient for them and go though our needs and wants,” he said.

District 5 Supervisor Doug Falvey wants to make sure the meeting happens, even if it means going to Washington, D.C., to do it.

“We need to see them, that’s for sure,” he said. “We need to make our presence aware. The more we’re there the better chance we are of getting something.”

“But they can come here, too, now,” Wilson argued. “When they were campaigning they came through.

Williamson said counties should get a bigger share of road funding than what trickles down from the federal purses.

“The No. 1 industry in Mississippi is agriculture and it all starts on county roads,” he said. “So therefore, to me, county roads — bridges and roads — are toting this state, so therefore, I am tired of them sending money to the highway department and them divvying what little we get out. Since we’re toting the state we ought to get a pretty good chunk of that money.”