Brookhaven aldermen Tuesday opted to renew its contract with The Retail Coach for a third year at a cost of $10,000, matching the Lincoln County Board of Supervisors’ 10-grand commitment they made the day before.

The retail recruitment firm scored $20,000 over the two-day visit by consultant Caroline Hearnsberger. The city and county contracted together for $30,000 for the firm’s first year and split the $20,000 cost for the second year. This contract brings their investment into the Memphis-based firm at $70,000.

Hearnsberger used her time in the open meeting to explain her company’s involvement in the opening of Zaxby’s in Brookhaven. On Monday, she told supervisors, “We definitely brought a Zaxby’s in,” after District 4 Supervisor Eddie Brown grilled her on The Retail Coach’s success in the previous two years. She also cited Smoothie King’s commitment to open in Brookhaven as a success.

Zaxby’s opened in February and the franchise is owned by partners Tyler O’Neal, Ben Goza, Lance Newman and Ryan Case. An owner said Tuesday the recruitment company was not involved in the process of bringing the restaurant to the city.

Hearnsberger read a statement to the board Tuesday that she’d sent to The Daily Leader that explained Retail Coach played a “minor role” in bringing Zaxby’s to town.

Local realtor Ernie Clark said The Retail Coach was not involved in bringing Smoothie King to the city, either.

“They absolutely had nothing to do with it,” Clark said Tuesday. “Two Smoothie King executives came in a little over two years ago and stopped to get gas. They saw my sign and called me.”

The executives asked about the former Payless Shoes site on Brookway Boulevard and expressed their interest in bringing their business to Brookhaven. The company then entered into a lease brokered by Clark. Smoothie King lists the Payless address on its Facebook page with a graphic indicating it’s “Blending Soon” in Brookhaven.

Hearnsberger announced to supervisors Monday that a McAlister’s Deli franchise planned to locate in the city but she did not provide specifics on where or when. A McAlister’s Deli representative did not respond to a request for more information about the restaurant.

While she talked about the Zaxby’s involvement in the public meeting Tuesday, she did not mention Smoothie King or McAlister’s. Instead, she told aldermen how the firm would work for them.

“We don’t by any means want to downplay local business owners at all or take the spotlight away from them because without local investors, local franchise owners, we couldn’t see the growth that we see.”

Hearnsberger requested to go into a closed-door executive session with the Lincoln County Economic Development Director Garrick Combs and the board to “discuss specific retailers about specific interests and answering specific questions you have.”

She said “we don’t want to be closed off to the public at all but deals take a long time to happen and if we say one retailer is interested then another retailer can pull out and we don’t want to mess up a deal by any means.”

Before closing the meeting, she told aldermen finding a grocery store is her top focus along with finding a tenant for the soon-to-be vacant Fred’s downtown.

Hearnsberger said her firm has found possible buyers for Glenda Rushing, who owns the Piggly Wiggly stores in Brookhaven. Both stores closed this year.

“We have been in contact with the mayor and Chamber since November about the grocery stores,” she said. “Back then they said, ‘We’re getting rumors that she’s going to close.’ We did go ahead and start actively and aggressively pursuing grocery stores for them. I cannot make a deal happen. We lined up several grocery stores and sent her way and I simply can’t make the deal happen.”

After nearly an hour behind closed doors, aldermen voted unanimously to renew their contract for another year. 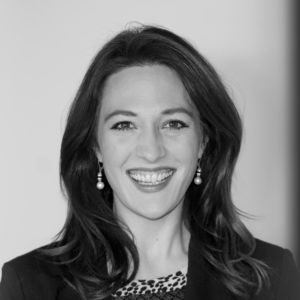