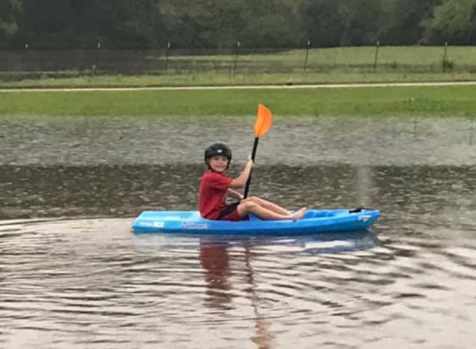 John Daniel Martin, 9, tries out his birthday kayak in the front yard after the storm and flash flooding Thursday. (submitted photo) 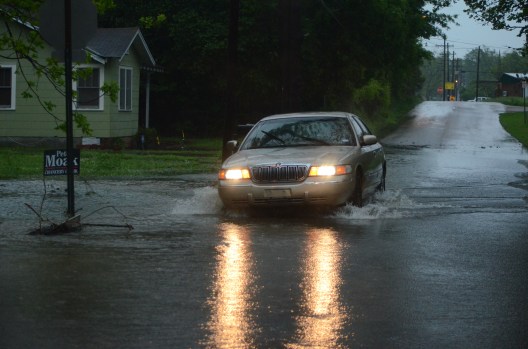 Photo by Luke Horton A car drives through the flooded Brookhaven intersection of Fisher and West Congress streets in the rain Thursday afternoon as a storm moved across Lincoln County. 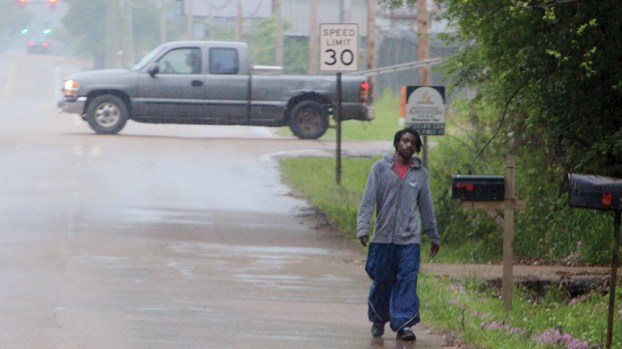 Photo by Luke Horton A man walks down a Brookhaven street in the rain Thursday afternoon as a storm moved across Lincoln County. Visit www.dailyleader.com for more photos. 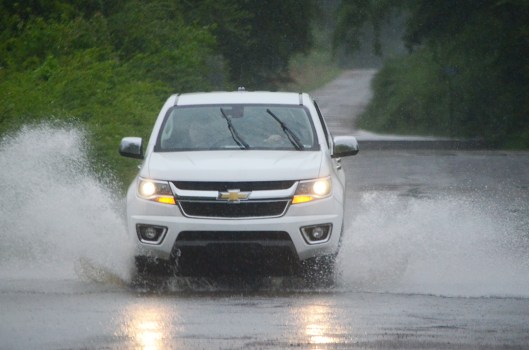 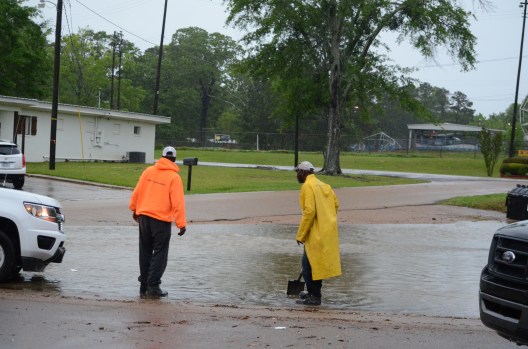 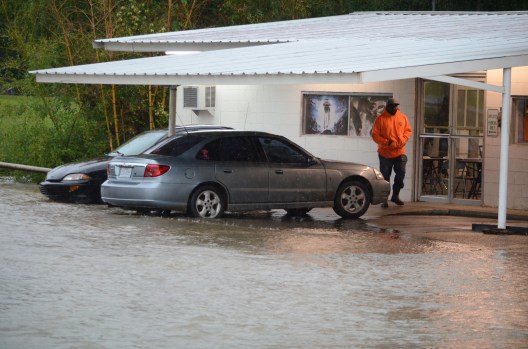 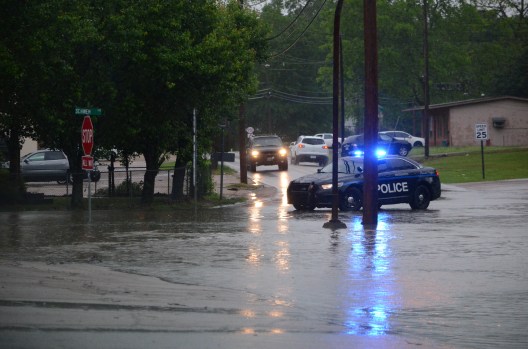 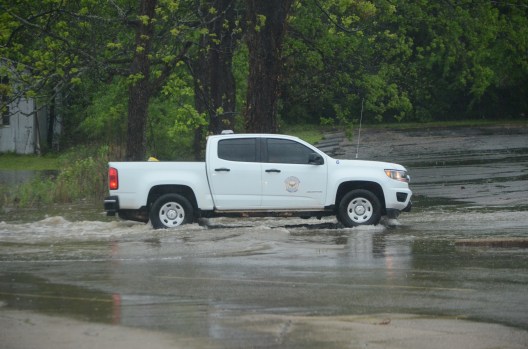 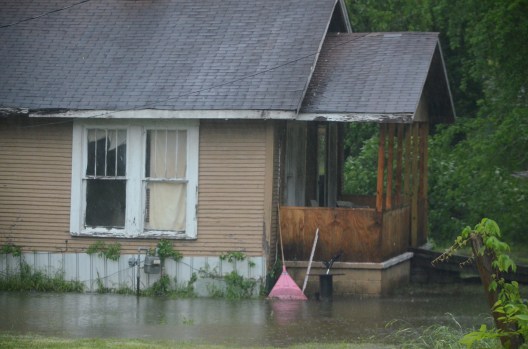 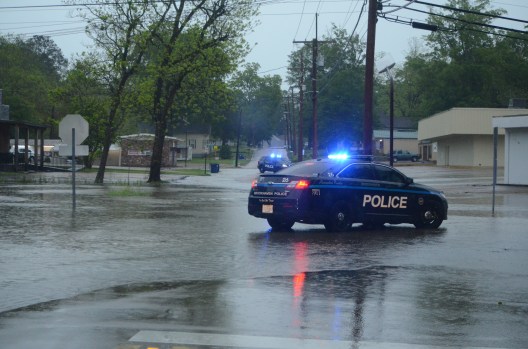 A home on Prather Road in Bogue Chitto was reportedly struck by lightning but firefighters did not find smoke when they arrived.

Other streets — Cohen and Evelyn— also had flooding, as did several roads across the county.

As much as 3.5 inches of rain fell in the area Thursday, with much of that coming during a four-hour period in the afternoon.

The storm did cause damage on its way to Lincoln County. Power lines were downed in Adams County. Multiple trees were also blown down throughout the county. The storm brought the same wind and rain to Jefferson County, where trees were reported down and a damage from a possible tornado was reported, and Claiborne, where more trees were blown over.

Copiah County reported a tree down on Hwy. 51 in Wesson.

The storms killed two Mississippi drivers and a woman in Alabama.

National Weather Service forecasters said they believe multiple tornadoes hit southwest and central Mississippi, although they won’t be sure until damage is surveyed. Heavy winds also were reported in Louisiana earlier in the day and in central Alabama as the system quickly pushed eastward.

A Mississippi man was killed Thursday afternoon when his car hit a tree on a highway south of Philadelphia, Neshoba County Coroner John Stephens told local news outlets. Stephens did not immediately release the man’s name.

Two minor injuries were reported in Harvey, Louisiana, a suburb of New Orleans, when a power pole fell on two vehicles.

Damage was heavy in the Mississippi hamlet of Learned, about 20 miles southwest of Jackson. Large oaks were uprooted from saturated ground, landing on at least a dozen houses.

One belongs to the family of Jesse Qualls, a Mississippi State University student who was on his way home for Easter when the storms hit. He says his mother had gone to pick up his sister from school and returned to find a pecan tree had crashed through Qualls’ bedroom and bathroom. His dog Dukey was uninjured.

Qualls said he got a tearful call from his mother, but he struggled to make it home, using his truck to push fallen trees off roads leading into town.

“I saw the house and I started freaking out,” Qualls said, as residents and emergency workers sawed up other trees off streets in the 100-resident town. “My dad passed away a while ago and this is all I have left of him.”

Qualls, though, said his family will be fine and the storm is likely to spark a long-delayed renovation.

“We’ve got a lot of people to help,” Qualls said. He said his family likely would stay with relatives in nearby Clinton, where two cars were flipped in a Walmart parking lot.

To the northeast, Scott County Emergency Management Director Mike Marlow said reports indicated a number of homes were damaged near Morton and the roof blew off a gas station near Lena. In Philadelphia, a wall collapsed at a medical clinic and the storm knocked down traffic signals and canopies and pushed trees onto houses, the Neshoba Democrat reported.

Damage from the storm system was reported in at least 24 of Mississippi’s 82 counties.