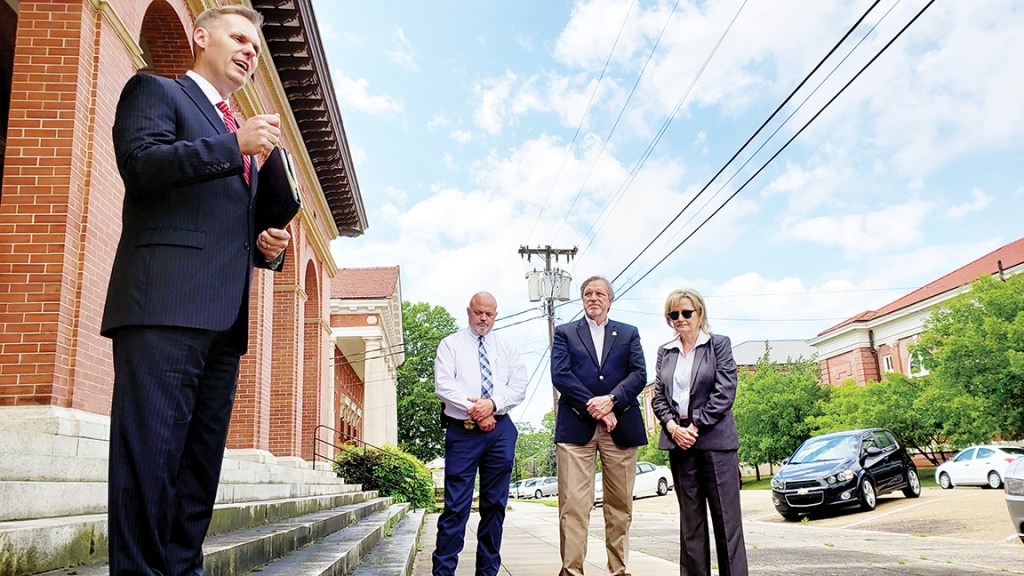 A bill to rename the downtown post office after three fallen law enforcement officers may make it to the president’s desk by the end of the year.

Durr was fatally shot in a domestic call in Bogue Chitto in May 2017. Moak and White died after they were shot while answering a call on North Sixth Street in Brookhaven in September 2018.

Guest is hopeful the name change will come by the end of the year.

“I don’t have any real good time frame how quickly we’ll be able to get that to a vote,” he said. “Before we did anything we wanted to sit down, visit with the family members of all three of the officers and make sure they were in agreement with what we wanted to do.”

Guest quoted a past president and scripture as he announced their plans.

“President (Ronald) Reagan once said that there could be no more nobler vocation than the protection of one’s fellow citizens,” Guest said. “No single group is more fully committed to the well-being of their fellow Americans and to the faithful discharge of duties than our law enforcement. Law enforcement, we know, lives by creed. That creed is to serve and protect. In the performance of their duties, danger is a routine part of their job and we, on occasion, lose some valiant men and women.”

Guest and Hyde-Smith said the renaming of the post office is a proper way to recognize the men’s sacrifice.

“Because of their sacrifice, we want to make sure that their valiant deeds will never be forgotten. Therefore, we have introduced this legislation to rename this building in honor of these three men,” he said.

Hyde-Smith pointed to the sign over Cherokee Street that says “A Home Seekers Paradise” that is near the post office.

“I truly view Brookhaven as that,” she said. “I was born right here in Brookhaven and when we have officers that are committed, devoted to sacrificing themselves to protect this city and the unspeakable happens, the fact that they lost their lives representing the people of Brookhaven, the people of Lincoln County, on the days that this happened is truly the greatest sacrifice. But this is a fantastic community, obviously my heart is here 100 percent and to be able to honor these officers in any way possible is such an honor for me as a U.S. senator.”

Several members of the officers’ families met with Guest and Hyde-Smith after the announcement.

Moak’s mother, Vicki, said it was a humbling gesture by the lawmakers. She is proud of her son as well as Durr and White and efforts that are being made to ensure they’ll never be forgotten.

“Anything anybody does, it’s indescribable,” she said.

Durr’s widow, Tressie; his mother, Debbie; and his sister, Megan Cook, were also at the meeting.

“While our hearts are still heavy, we are so thankful that William is being honored and remembered by our community, state and country,” Cook said. “If the post office is renamed after the fallen officers, it will serve as a landmark and reminder of what William, Zach and James meant to this community for years and years to come. It makes me smile to think that William’s son and his nieces will be able to show their children one day how he was honored in his hometown.”

White’s father, Darrell, said he is honored at the lasting memorial planned for his son and the other men.

“It is difficult to express how I feel about it,” he said. “This is just more than any words can describe to know that these three heroes will forever be remembered in this way.” 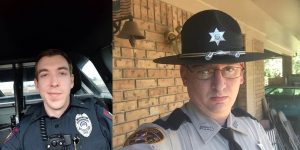